A bill is paid

It is always interesting to see bills from long ago. This bill – not in tip top order – from Jacob B Cooper  was settled in November 1901. Jacob Cooper was a coal merchant, who clearly also dealt in other commodities. The bill is for items sold to James Gye. 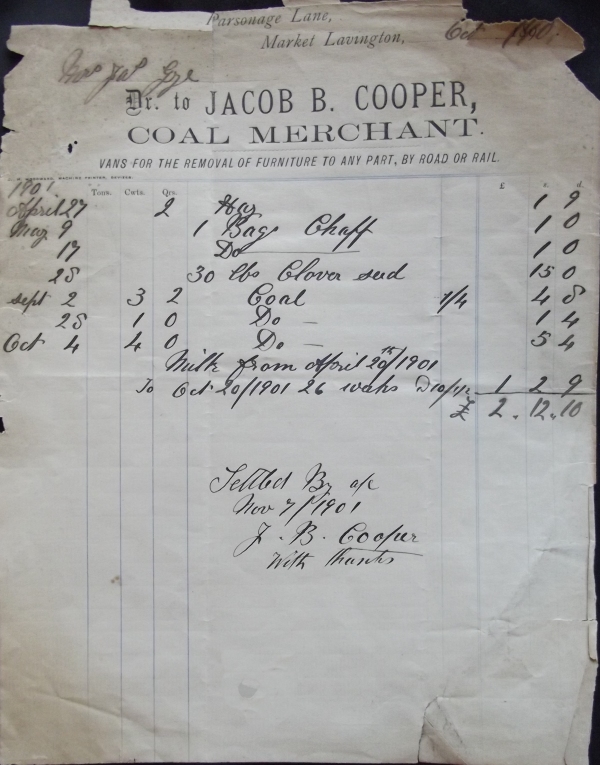 A 1901 bill from Jacob Cooper of Market Lavington

From the bill header we can see that Jacob had premises on Parsonage Lane and we also see that, apart from being a coal merchant he operated as a furniture removal man.

The handwritten part of the bill makes it clear that apart from coal, Jacob sold chaff, clover seed and milk. Of course, the prices are interesting with coal at 1s/4d (less than 7p) per hundredweight. In real terms this is not so very different from the January 2012 coal price.

We have looked, briefly, at Jacob Cooper before on these pages. Click here to read about him. Descendants of Jacob continued to run the coal business from Parsonage Lane well into the 20th century. There are still descendants about and soon we’ll feature memories by one of them – Mrs Cox of Devizes  – who was born and raised in Market Lavington.