One of the recent additions at Market Lavington Museum is a simple photo of a farming couple – James and Elizabeth (known as Lizzy) Merritt. James and Lizzy farmed at Vicarage Farm on the sands in Easterton. We assume the photo shows the farmhouse. 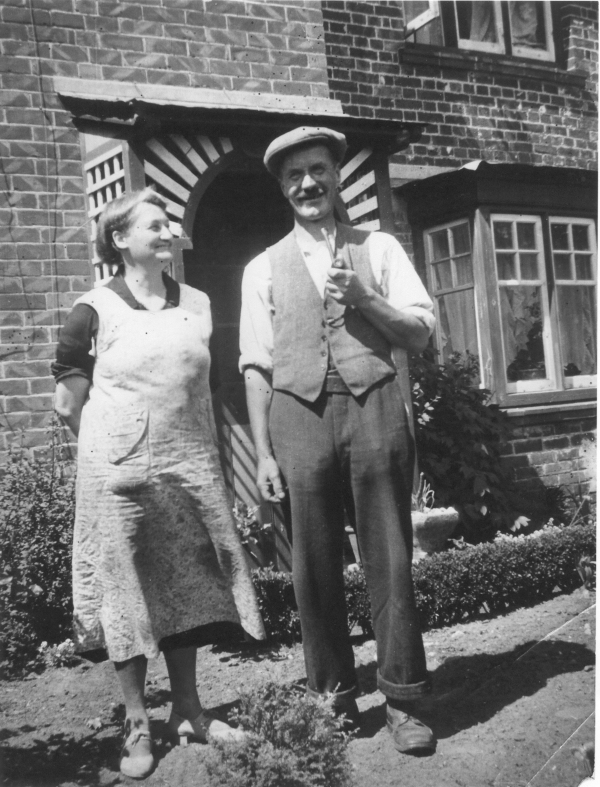 James was born in about 1888 in Market Lavington. He was part of the Merritt family who ran a Blacksmith’s shop near Broadwell and also had a milking parlour there for the cows they kept. James was the son of William and Emily Jane.

James married Elizabeth Fitch in 1910. In 1911 the couple, along with 5 month old daughter, Frances Helen and James’s mother, lived on White Street in Market Lavington. James was a gardener and jam maker working in the fruit growing and preserving business. Elizabeth was a Londoner, born in the Paddington area.

We do not know when the family moved to the Easterton Farm. The family of James, Elizabeth and Robert James are listed as living at ‘Sands’, Easterton on the 1939 electoral roll. Albert Winston Merritt is listed at ‘The Sands’, Easterton.