James Neate – we have met him before on these pages – was a wine and spirit merchant and brewer. He issued coinage. The examples we have at Market Lavington probably date from the Edwardian era – the first ten years of the twentieth century. 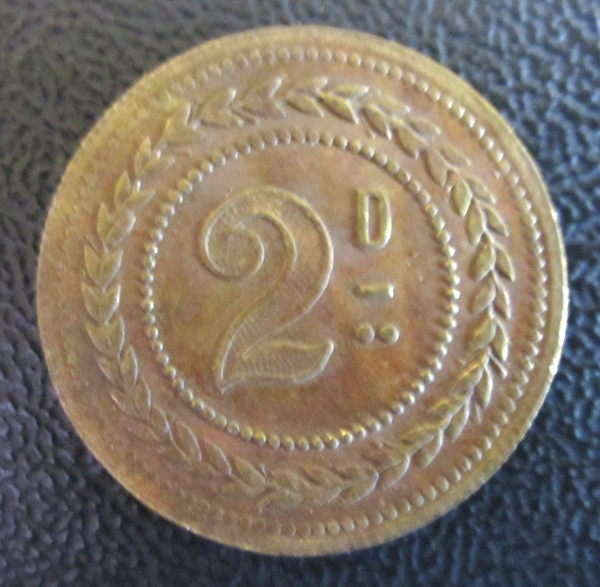 From the style of these tokens, it looks as though James bought in ‘coins’ which had a blank reverse side. He then stamped his name on that reverse. These tokens were made by the Vaughnton company in Birmingham. 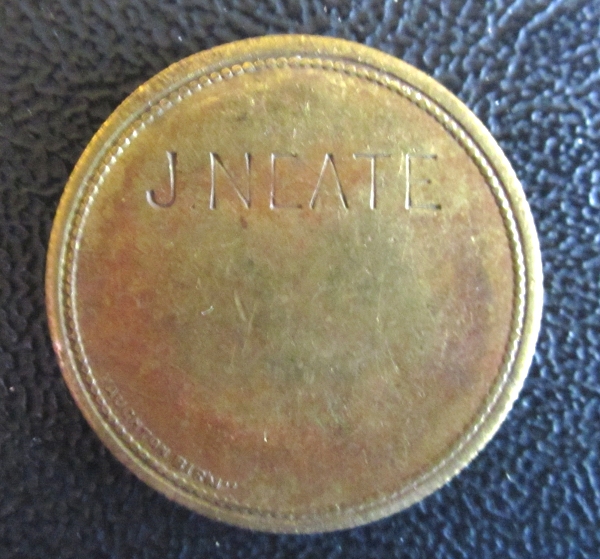 The blank, reverse of the coin has J NEATE stamped into it

We might argue against the ethics of having coinage for specific purposes but of course, it was the norm in times past.