James Neate has featured before in these pages. For a  history of the life of James you could click here. Briefly, James was a brewer and wine merchant in Market Lavington during the second half of the nineteenth century.

On this occasion we are looking at one item, which was no doubt of importance to James. His helmet box’s job was to contain his headwear when he was on duty as a member of the 7th Wiltshire Rifle Volunteers. The sturdy metal box is one of the artefacts at Market Lavington Museum. 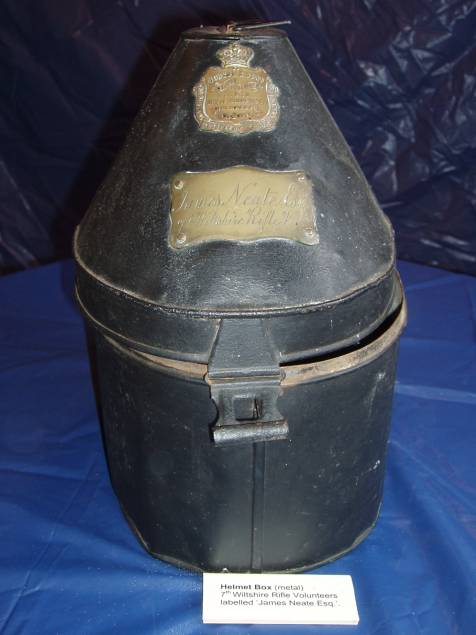 The trade plaque on the helmet box tells us who supplied the item which we believe dates from the 1880s. 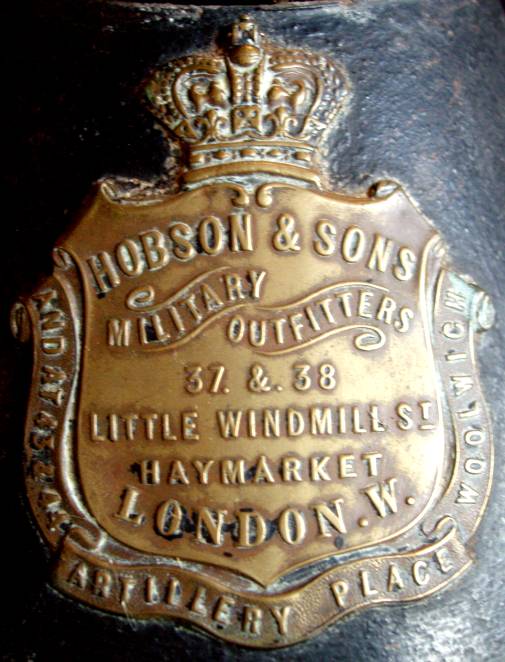 The other plaque on the metal helmet box is that of James Neate. 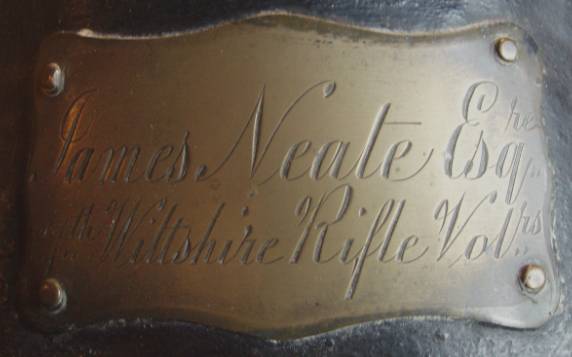 James Neate's own name plate on his helmet box

Any further information on James Neate and his family would be greatly appreciated.