Jasper was born about 1894. His parents were William, a market gardener and Ann. They lived in the Fiddington Clay area of Lavington.

Jasper’s father, William, died when Jasper was about four, in 1898

In 1901 Jasper lived with his mother and siblings on Lavington Lane in West Lavington.

In 1911 Jasper, aged 17 was with his mother in Market Lavington. Jasper was described as an outfitter’s assistant. He worked for Mr Walton.

Five years later, whilst serving with the Wiltshire Yeomanry, Jasper took ill and died. He followed his father into the Drove Lane Cemetery in Market Lavington. 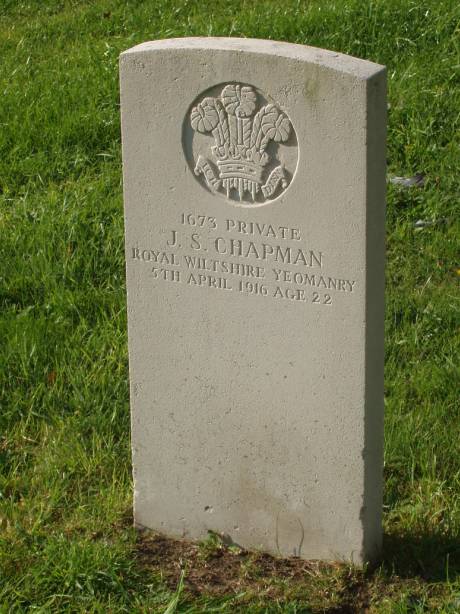 Jasper has a war grave in the Drove Lane cemetery and can be located on the Commonwealth War Grave website.

Jasper is commemorated on the war memorial in Market Lavington churchyard.