A second van was needed and Jim purchased a similar three wheeler, this time a late 1930s version. But we don’t see Jim at work here. We see him on a little jaunt. 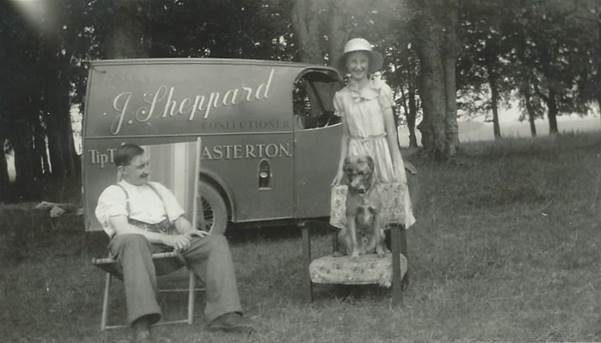 There’s Jim, relaxing on a deck chair with the van behind. 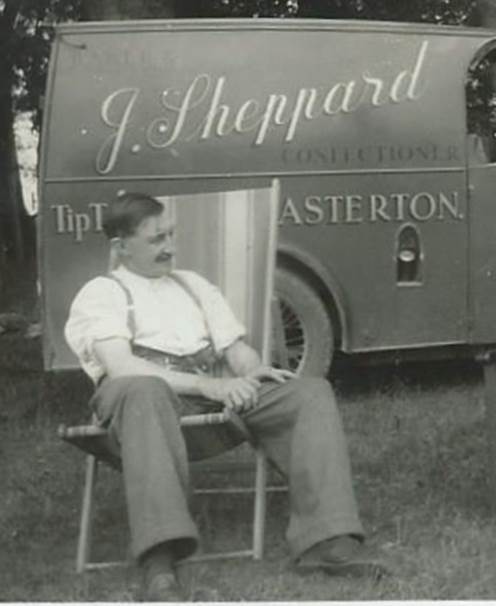 Close up on Jim

He has driven this van up Salisbury Plain, to the top of Easterton Hill. We can see that Jim is a bit older here, but he still retains his jaunty, cheerful look.

He came up the hill with his daughter. She is standing behind a low arm chair they obviously brought up the hill. The family dog appears to have occupied that one. 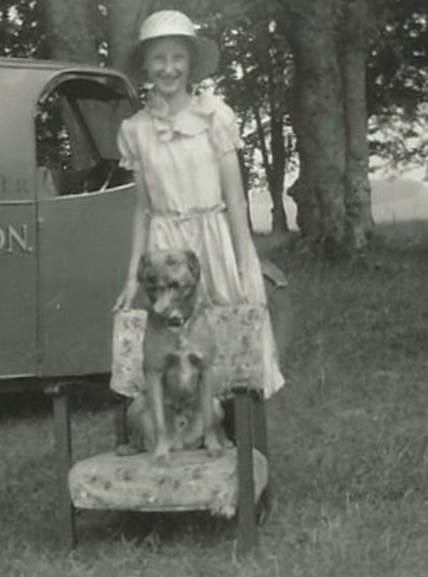 What a charming photograph – it looks like a very happy family life.

We would like to thank descendants of Jim for making these photos available to us. They show a way of life that has vanished and yet it was probably very typical of the 1930s rural scene.