John Legg lived in Market Lavington from about 1755 to 1802. In 1780 he published a book – one of the first to tell the truth about bird migration. But it seems John was a shy man and did his best to hide his identity by just saying it was ‘by a naturalist’. 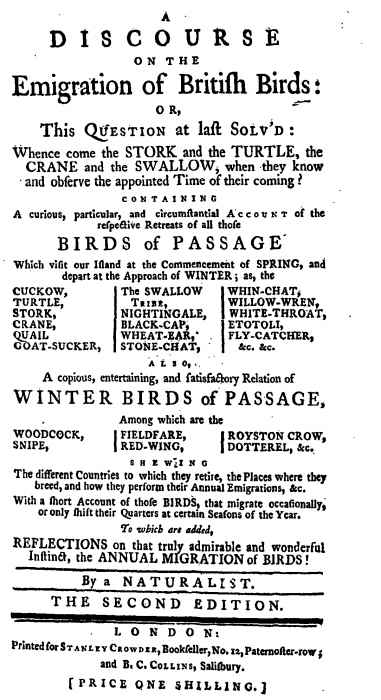 But John Legg left clues in this and other publications – not least that his initials were J L and that he came from Market Lavington.

In 1894 the Reverend A C Smith carried out research to identify who J L of Market Lavington actually was. His research was published in the 1896 journal of the Wiltshire Archaeological and Natural History Society. I quote from his research here.

John Legg lived and died a bachelor, and for some time at least, if not to the end of his short life, his sisters lived with him. He appears to have had no profession, but to have devoted himself in his early years to the study of Nature and he is reported by his descendants to have practised the art of grafting and inoculation of trees in his own garden at Lavington: but in the latter part of his life, for he died in middle age, he was absorbed in religious speculations; and he appears to have latterly given way to melancholy thoughts and unhappy broodings, to which he was doubtless predisposed by much infirmity of body. Family tradition reports that towards the end of his life he shut himself up almost completely, seldom moving beyond his garden, where he indulged in reveries, and mused in solitude: nay, so persistently did he shun the society of his fellows that he objected to be seen in the village street, and to avoid observation he is said to have made a private path to the Church, by which he could go unseen by any: and even when a young relative was taken by her mother to visit him, all she ever saw of the recluse was his pigtail as he darted upstairs to avoid the interview. His nephew, too, recorded that he never saw him but once, and that then he never spoke to him.

John was buried at Market Lavington. His gravestone is inside the church, near the entrance and another memorial is on the south wall of the Chancel. 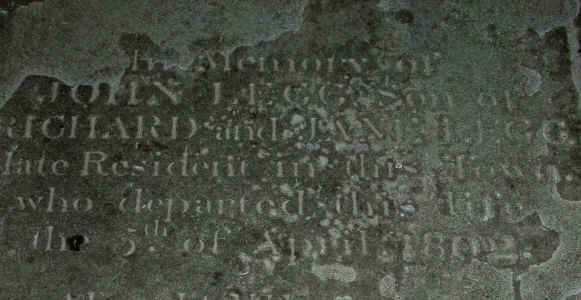 At Market Lavington Museum we are trying to piece together as much of the story of John Legg as we can. If you can help then do contact us.