There was a time when the name John Merritt meant only one person – the leader of Market Lavington Prize Band for 60 years or more from the nineteenth century and through to the middle of the twentieth century – long enough, in fact, to appear on an ITV show on the telly, with Wilfred Pickles. But that John Hampton Merritt had a father who was also called John Hampton Merrit and it is him we look at today, starting with our photo which was taken in the 1890s. 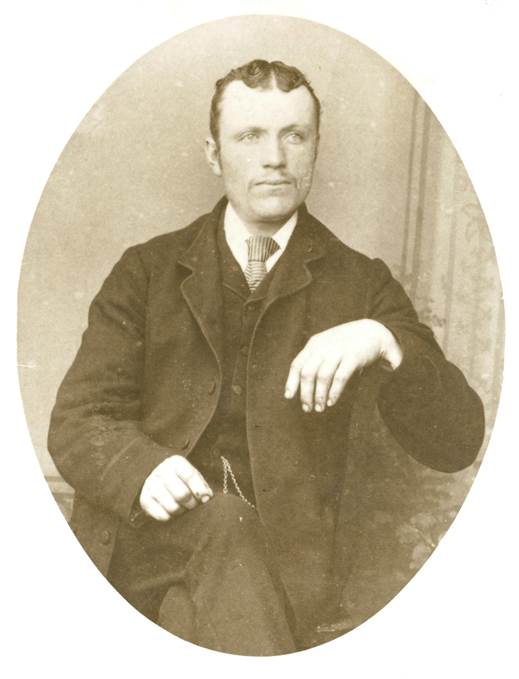 This handsome looking gentleman was a blacksmith with premises on the edge of Broadwell in Market Lavington. This Mr Merritt was born in about 1842. We think his father was another John Hampton Merritt. By the time of the 1861 census our ‘J H’ was living with his parents at Broadwell and he had followed his father into the blacksmithing business.

By 1871, John was married to Mary and they had three children including the next John Hampton. The family – quite an extended one – lived on White Street to run the blacksmithing business.

At the time of the 1881 census John was a master blacksmith, living on White Street with wife and eight children and employing a worker to help him in the business.

In 1891 there were fewer children still at the White Street home and no mention of employing anybody. Interesting to note that his 12 year old daughter was a teacher!

In 1901 John said he was 60 and he was still a blacksmith, still on White Street and we learn, again, that he was an employer. He was still at work in 1911 – this time he seems to have his age right again at aged 69 and he has a granddaughter visiting from London.

John died in 1912 and is buried in the churchyard at Market Lavington.