John Smith was a composer of psalms and anthems for country choirs. He was based in Market Lavington and was composing in the 1740s. This makes him, roughly speaking, a contemporary of Handel and Bach.

His music is for singing with two to four part harmony.

We have met him before on this blog when a local resident and friend had been able to borrow a combined volume of all three of his works. Actually, surviving copies are almost as rare as hen’s teeth, but a very lovely web site at http://imslp.org/ have digitised the three volumes and made them available for download. We have taken advantage of this at Market Lavington Museum to produce our own 21st century reprints of these 18th century Market Lavington pieces of music.

This is the front cover of volume two.

Music from the 1740s by John Smith of Market Lavington

Let’s see a bit of his music. 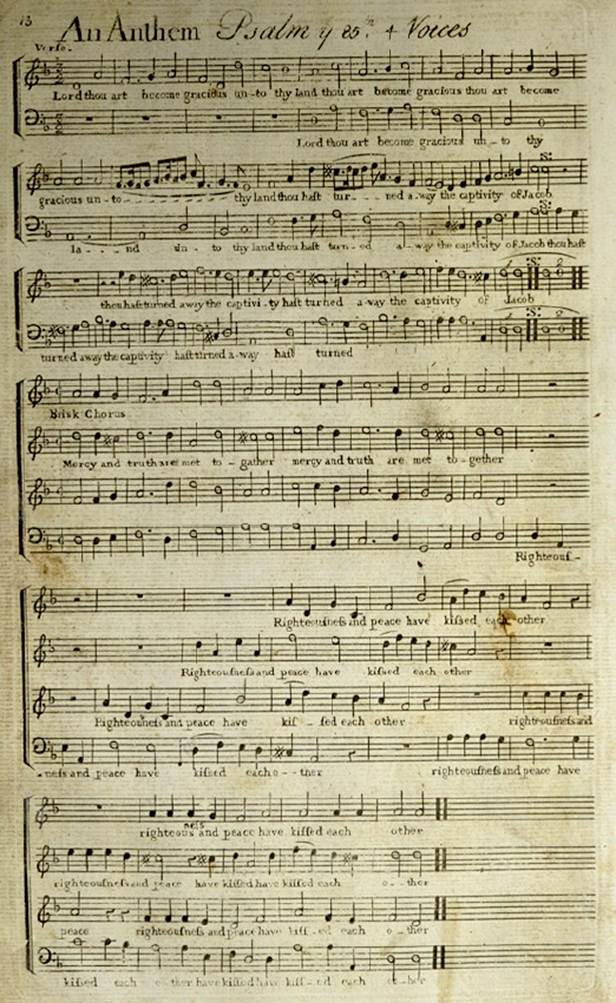 Back in 2010 we had one of John’s pieces performed at our Museum Miscellany. Maybe we can get some more performed in 2016