Just where is Market Lavington?

Market Lavington is in central Wiltshire. It lies just below the generally north facing scarp of Salisbury Plain which leads to the village often being described as, ‘The Village under the Plain’.

Back in the 1920s, the AA – Automobile Association – helped travellers by placing large signs in many towns and villages. These gave the mileage to other places, some local and others on a more national level.

When the Second World War broke out, it was felt such signs offered possible help to invading paratroopers and as a result the signs were removed. Many were lost but Market Lavington’s was salvaged and was returned to the village museum some fifty years later. 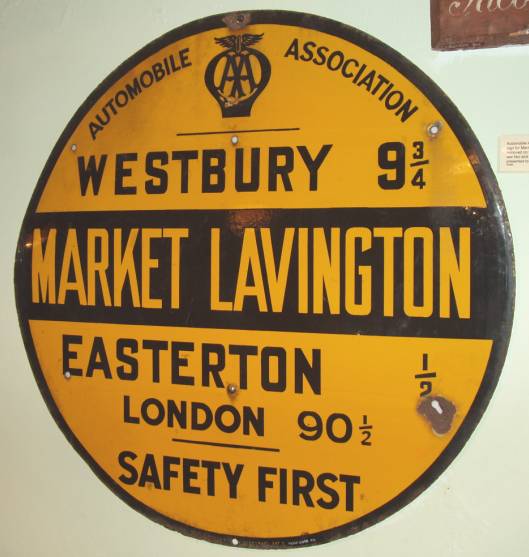 So there we have Market Lavington pinpointed. It is 90½ miles from London, 9¾ miles from Westbury and just a ½ mile from Easterton.