Ken has been mentioned quite often in these pages. He was the last cobbler/shoemaker in the village of Market Lavington running his business until ill health forced retirement in the 1980s.

Our photo shows Ken in the 1960s with all the clutter of his High Street premises around him. 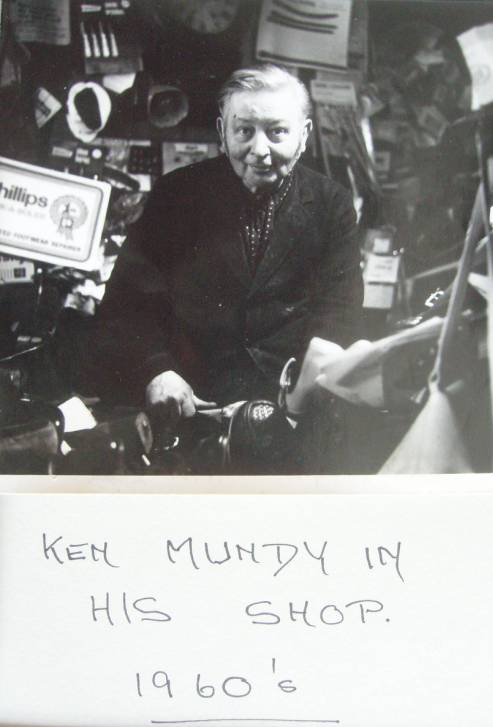 Ken Mundy, Market Lavington cobbler and shoemaker in his shop during the 1960s.

We think Ken was born in 1915, the son of Fred and Lilian. Fred had been born in 1888, probably in the property which became Ken’s shoe emporium.

Ken became known as the man without mains water. He was the last person in the village to collect water from Broadwell, using two buckets and a wooden yoke. He did this well into the 1950s. His pigs, kept on The Clays, had mains water long before he did.

Ted, the leader of the village walks is one of those who recalls seeing Ken walking to Broadwell for water. He also recalls that lads used to go and chat with Ken as he worked. Cobblers seem to have had a reputation for homely wisdom. When Ted married, Ken made his shoes as a wedding gift. They were an exceptionally comfortable pair of shoes.

Do you have tales of Ken? We’d love to hear from you.