Today we have a view of Knapp farm House which is not often seen. This photo was taken from the back garden about thirty years ago. 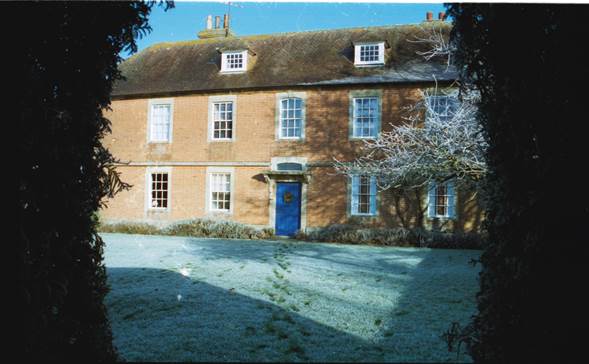 Although this photo was taken from the back and private garden it very much shows the front of the house. These days we think of Knapp Farm as being on White Street but in times past the main access was along the track which passes between Parsonage Mead and Meadow Cottage. These days that track is used for access to the footpath to West Lavington but a footpath passes by Knapp Farm heading up to the Hollow.

The footpath is shown on the map. It’s the green dotted line which passes the large blue M which points (more or less) to our museum and the telephone symbol.