Knapp (sometimes Nap or Knap and sometimes House or Farm) is situated at the foot of Lavington Hill and not far from Market Lavington’s main spring water supply at Broadwell.

It is a large house with a long and varied history. These days, with changed routes, the front is rarely seen, for the only tarmac approach is to the back of the house. But 100 years ago, when this photo was taken, the setting of Knapp House was easy to see. 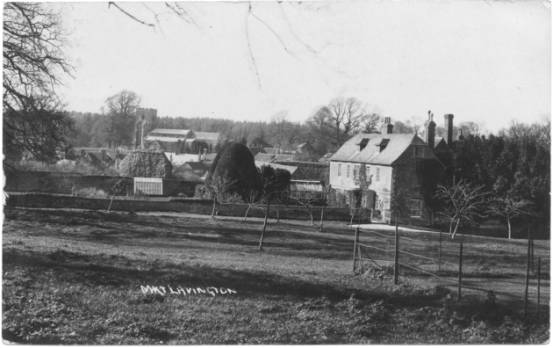 Here we have zoomed in and can see the elegant frontage of this early 18th century house. 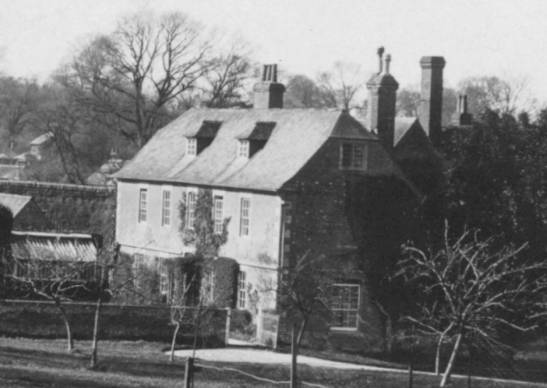 Amongst its former residents, we believe there was one John Legg, already mentioned in this blog, who was a reclusive naturalist.

Later relatives of his had the surname Fowle and one lady of the Fowle family had to have her leg amputated. She had the leg buried in the family vault so that it was ready for her to have again in the hereafter.

In 1861 the Fowles of Knapp Farm were managing some 1500 acres and employing well over 50 people. By 1881, the one remaining Fowle at ‘Nap Farm House’ was Sarah, described as a landed proprietress.

In the 21st century, the house has a garden but the land is farmed from elsewhere.