Just why was the crossroads in Market Lavington sometimes known as Lamb Corner?  That’s what this photo has been captioned. 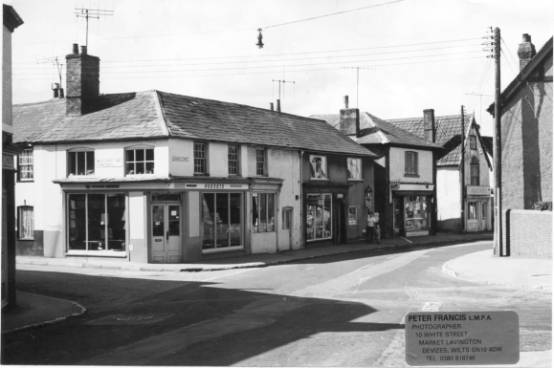 The end of the sign saying this was a motorcycle shop

It says ‘YCLE’ on it. Where people now sit to have their hair coiffured was once (in the 1960s) a motorcycle showroom.

Across White Street, Mr Hussey had his furniture emporium. 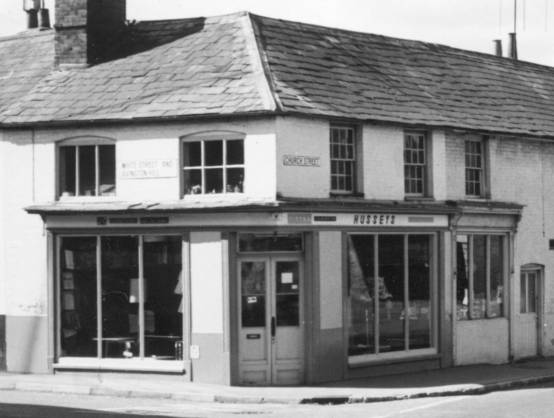 Next door to Mr Hussey’s shop were the premises of the man who took the photograph, Peter Francis. 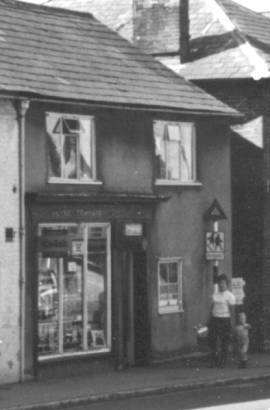 There’s also a reminder there of the school sign of the era – the smart looking boy and girl with the satchels swinging over shoulders. This photo was taken when what is now ‘The Old School’ was just the school.

Moving on we come to a grocery store. 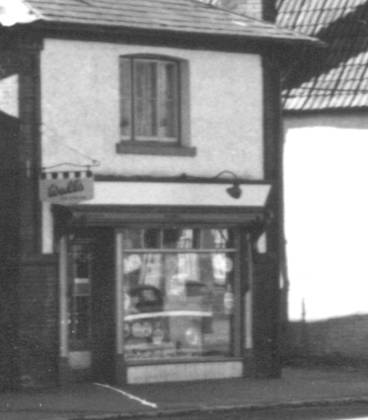 This building is one which has regularly changed use and appearance. These days it is a private home, but people might have known it as Mr Dempsey’s shop, The Spar, or The Vivo.

The final building shown on the south side of Church Street was called Lucinda. In earlier days it had been Mr Pike’s butcher’s shop and after extensive rebuilding it is now a house. 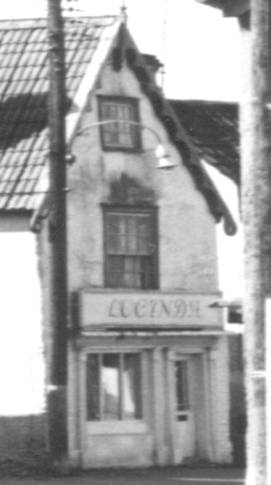 Lucindas had once been a butcher's shop and is now a private house.

Across on the other side of Church Street we can see just the corner of one building.

A part of the former pub, The Volunteer

At the time of the photo this would have been one of four pubs in the village – The Volunteer Arms. Back in the nineteenth century it had been called The Angel.

So why is the corner called Lamb Corner? It is believed that there was once a pub called ‘The Lamb’. Can you help with more information?