Lavington from the air

Former professional photographer, Peter Francis used to take to the air to get photos of our home area, but today we bring one taken by an amateur photographer and one who is still very much with us – Ted Maslen. 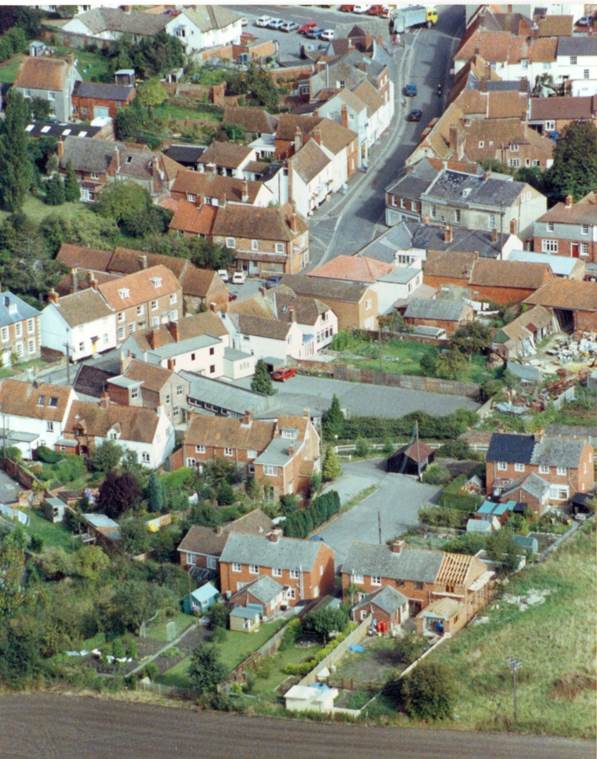 Market Lavington from the air – a 1992 photograph

The houses in the foreground, one of which is having an extension added, are in an area once known as The Mead. The houses on the left in the next row back are on The Muddle (also known as New Street). That leads down to Church Street where, on the extreme left we can just see half of what was then The Vicarage and is now The Rectory.

Just along Church Street, the red houses with a couple of dormer windows in the roof was once a part of the Hopkins empire. It was here that acetylene was made and sold. Hopkins called these premises ‘The Light House’. Opposite, where Milsom Court now stands there was once Mr Milsom’s garage and petrol station. More recently one building became the doctors’ surgery but that is now in a purpose built medical centre elsewhere.

On the extreme right, behind the car park with a solitary red car in it there’s an area which looks like a builder’s yard. And that’s just what it was. It was the Gye’s yard now converted into housing and gardens.

Back on Church Street we reach the former Volunteer Arms. 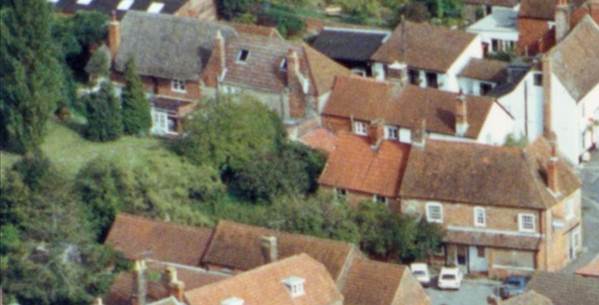 That’s on the right in this enlargement and behind it, heading off to the left are the houses on Parsonage Lane. 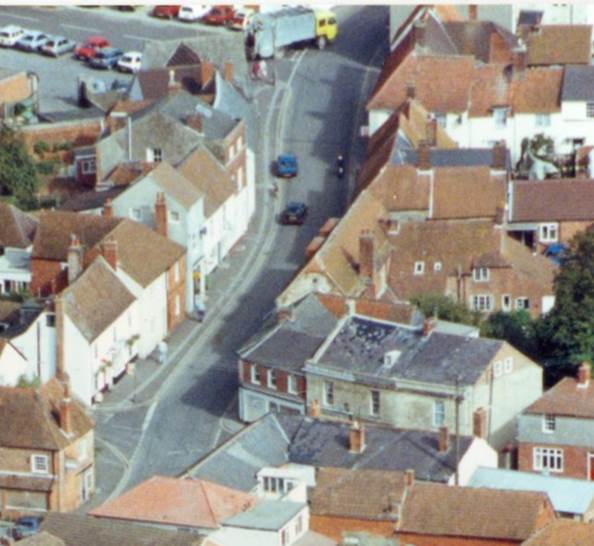 High Street, Market Lavington from the air in 1992

From there we look along High Street with the Post Office on the left and Gemini Hair on the corner with White Street opposite.

At the very top of the picture is the Market Place with quite different parking arrangements from those we have now and the cars just behind the bin lorry are in the car park for Wiltshire Agricultural Engineering. The Chemists shop stands there now.