There won’t be many people in or around Market Lavington who would know that gas had ever been piped to properties. But the Hopkins family, who had an extensive empire of business interests, included piped gas in their portfolio of products. This was in the early years of the 20th century. The gas they had on offer was acetylene so we can only guess that at the Church Street property which they called ‘The Lighthouse’ they had a plant where water was dripped onto calcium carbide to produce the flammable gas which was suited to lighting.

There are few remnants of this former service although some High Street properties still carry a square bracket where a street light hung.

In Market Lavington Museum we have a street stopcock cover. Acetylene was moderately dangerous and it must have been an essential to be able to turn off the supply. 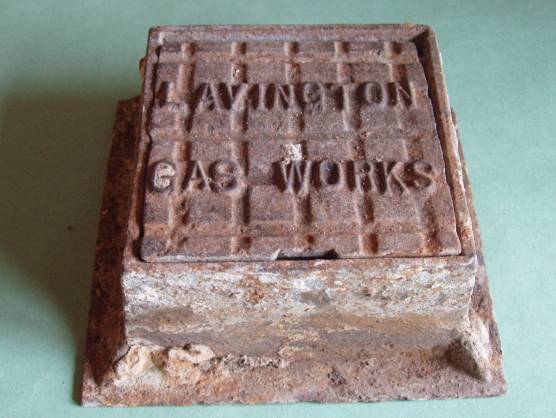