We have commented, before, on Alf Burgess, the professional photographer in Market Lavington from 1886 and his habit of climbing the church tower to get a vantage point for a photograph. Here we feature a photo of his, believed to date from about 1917. 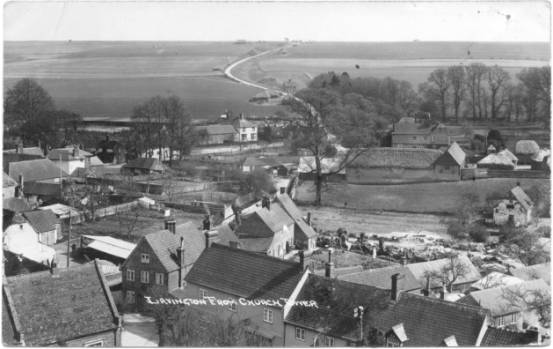 A view from Market Lavington church tower in 1917

Let’s pick out some features. 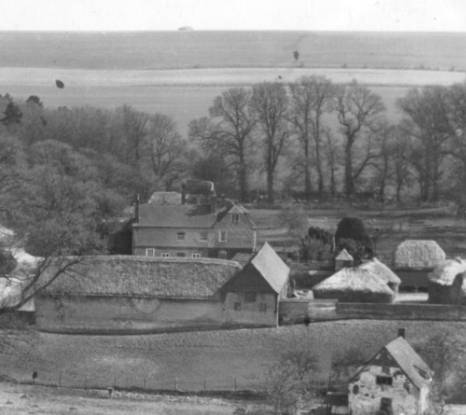 Knapp Farm from a photo at Market Lavington Museum

This is Knapp Farm, nestled under the plain with its barns which now form desirable dwellings. The rick yard looks well filled so perhaps it was a good year for the arable farmer. 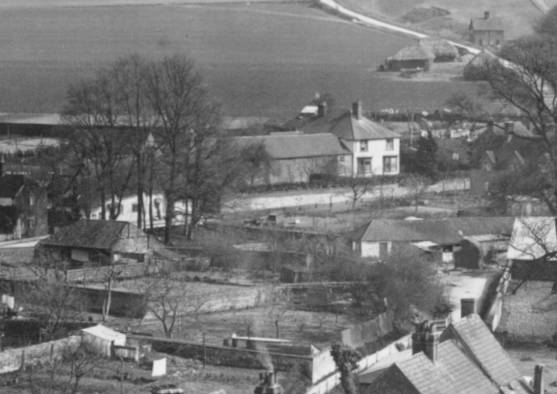 The Broadwell area from the church tower in Market Lavington

The clump of trees near the left stood where the Broadwell children’s playground now operates. The single storey white building towards the right, and overlooking Broadwell was the forge of John Merritt and also the milking parlour of Harry Merritt. It had once been a two-storey house but it fell into disrepair. Old Forge House occupies that spot now. 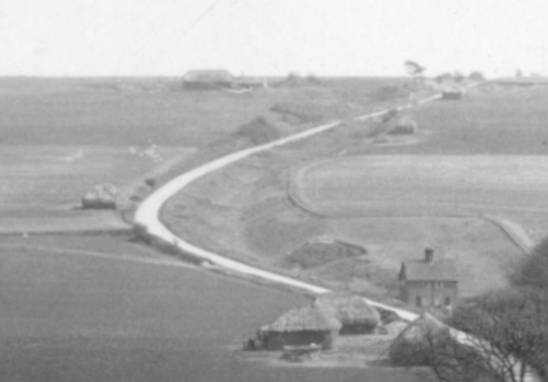 Here, White Street is making its way up Lavington Hill and in those days, before a tarmac surface, we can well see why streets going up onto the downs were called White Street. It still causes much confusion that Easterton, Market Lavington and West Lavington all have their own White Street.

The cottages at The Hollow are near the bottom right of this part of the photo and on top, to the left of Market Lavington’s White Street are some of the buildings of Lime Kiln Farm which, eventually, vanished completely. The quarry for the old limekiln is alongside White Street. It has largely been filled in and now serves as a nature strip at the edge of the farmed area.

Today’s history walk, which starts at Market Lavington Museum at 10.30 will visit Broadwell and take in Knapp House, but we won’t get up to Limekiln Farm.