The recent ‘Steamy Saturday’ post has led to a number of enquiries. People want to know just where Lavington Station was and what it looked like.

We featured the station on February 24th of this year and you can see that post by clicking here.

In that post a train, almost identical to the Castle Class train in 2011, was passing through the station.

It should be remembered that Lavington Station was not in the parish of Market Lavington for it served the whole area. 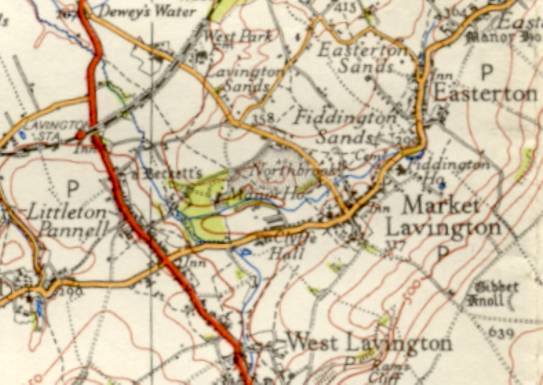 Lavington Station shown on a 1938 map

This map shows the station close by the place where the main Devizes to Salisbury road (coloured red on the map) crosses the railway shown in black and white. The station was fairly convenient (which probably meant, back in the 1960s, not quite convenient enough) for Easterton, The Lavingtons and the Cheverells. With changes in travel habits, a station in the area could be viable again.

Let’s find another picture of the station – we have several at the museum. 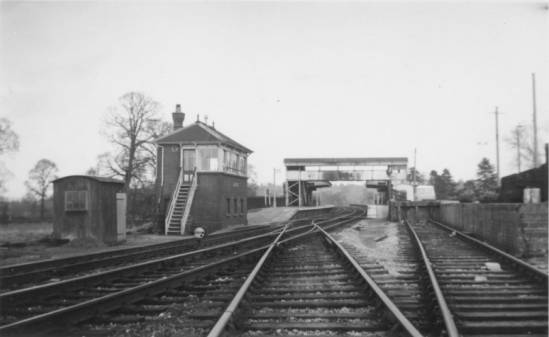 This photo has some memories recorded on it:

Siding on right used for war department for off loading field guns for ‘Peels Positions’ (Tilshead) during 14 – 18 war. I remember seeing remains of a gun in which a shell had exploded half way down the barrel.

Milk churns were loaded into siphons from this bank and later it was used for loading milk tankers. The latter would run down by gravity, when the brakes were released towards the goods shed. The Weymouth train, timed to leave at 6.18 had to set back across the single slip to pick them up.

Sadly unrecorded is who wrote these memories

The station site, perhaps a little ironically, is now a scrap car yard. On Saturday our photographer talked to a person working there who had precisely the same memory of the milk tankers being collected by the up Weymouth train having to back down to the goods shed.

We wonder what became of the station memorabilia. There must have been the smaller station signs and we’d imagine the signal box would have had a lovely cast iron sign saying ‘LAVINGTON SIGNAL BOX’. Such items would make a fine gift to the museum.