Lavington Station in the 30s

It’s a regular question at the museum.

‘Where was Lavington Station?’ people ask.

Nothing of the actual station remains but there are tell-tale signs. One is that a building which looks like a former pub stands at the point where the main A360 road between Devizes and Salisbury passes under the railway just north of West Lavington. The other, for those who venture along the road that runs parallel to the railway next to that bridge is that there is a scrap yard right alongside the railway. The former pub was once the Station Hotel although for a while, after the end of the railway it was given the unlikely name of The Chocolate Poodle. A scrapyard seems to be quite a common use for former goods yards.

The station building was along the road that now leads to the scrapyard. The platforms, made long to cope with military traffic, reached across the road bridge.

All that has gone, but in today’s photo we see the station in the 1930s. 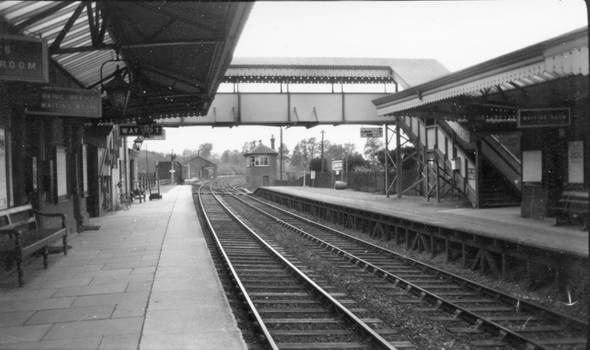 Lavington Station in the 1930s

As is usual in photos of the station, the expensive infrastructure is devoid of passengers. The track looks beautifully maintained with no sign of any weed growth but there is a complete absence of any activity. 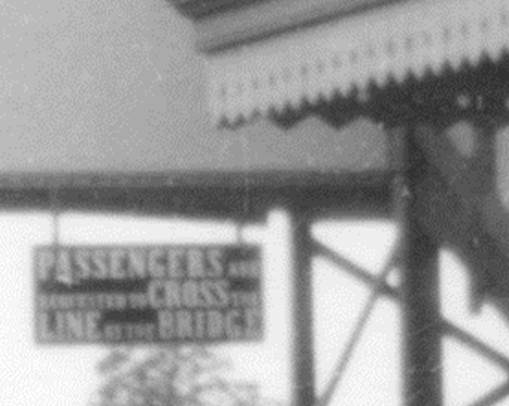 That’s blown up a bit large, but what a polite sign. ‘Passengers are requested to cross the line by the bridge’. 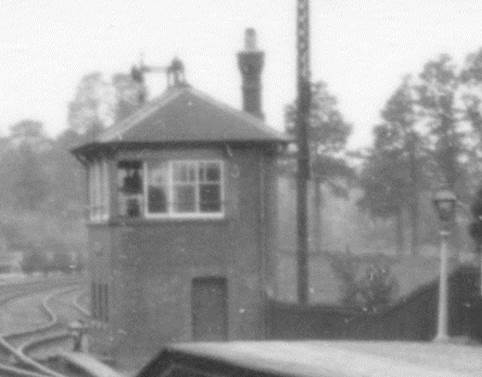 Near the signal box there is a mass of points and crossovers. 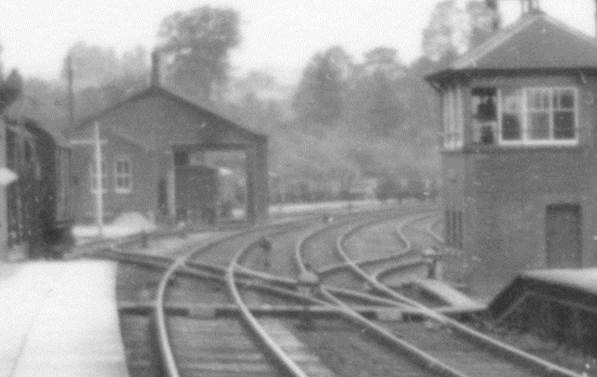 Heading off to the left, a track leads to the goods shed although it would appear that access was only from the up (London bound) track on the right.

This photo shows a siding on the right curving away behind the signal box. This line does not appear in other photos and we are not sure what its purpose was. But surely, somebody who reads this will be able to tell us.