At Market Lavington Museum we have a set of scales for weighing letters that date back to the 1880s. They were given to the museum, many years ago, by Rose Crouch who had been a Hiscock before she married. 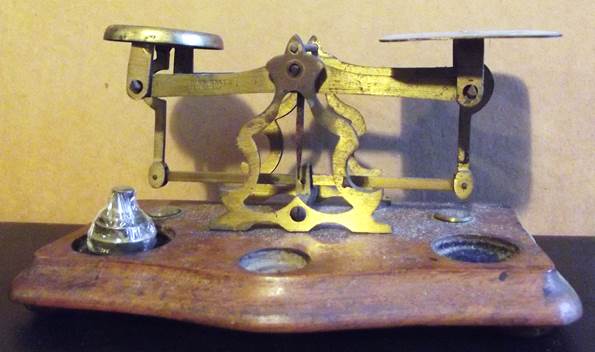 The scales are beautifully made in brass on a wood base and with a velvet lining. We think the weights, wrapped up in this photo, come from different scales.

The purpose is obvious. You could weigh a letter and then look up what value stamp was needed to post it. When made, you wouldn’t have needed a separate table of weights and prices for they are embossed on the scale pan. 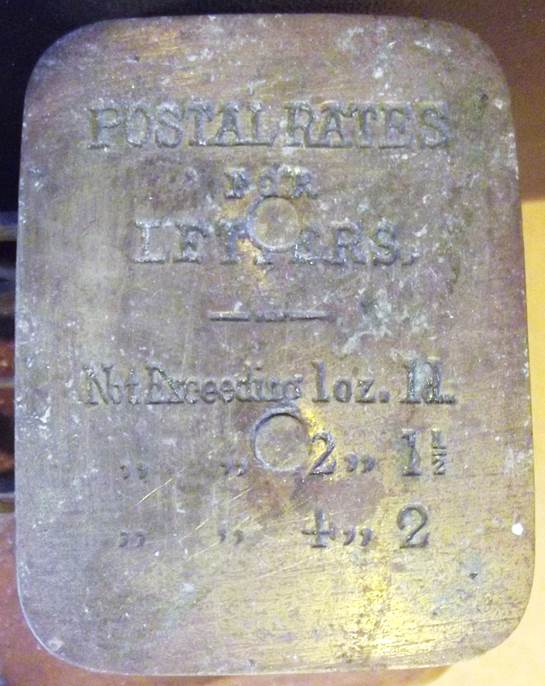 Postal charges (for 1880) are embossed on the scale pan

Three rates were given. For letters weighing less than an ounce it was a penny. That’s an old penny of course with 240 of them to the pound. Between one and two ounces upped the cost to a penny halfpenny (1½d) and then up to four ounces cost tuppence (2d).

Using the retail price index as a measure of inflation, that old penny in 1880 is much the same as 35p today which makes stamps much more expensive now. But if you consider incomes, the equivalent of earning a penny in 1880 is £1.82 today, so in terms of income it is much cheaper to send letters now.

We think these scales are lovely items – a real treasure of Market Lavington.