Life on the land

Life on the land was always tough in the past. There was much hard, physical work and the job was very much what we’d now call 24/7. Not only was it potentially any of the twenty four hours of the day for seven days a week. It was also 365 days per year unless, of course, it was a leap year in which case it was 366 days.

But of course, the tough working conditions brought out the good in people. Neighbours supported one another at busy times and of course, they became firm friends. They could enjoy working together – or, as here, taking a breather together. 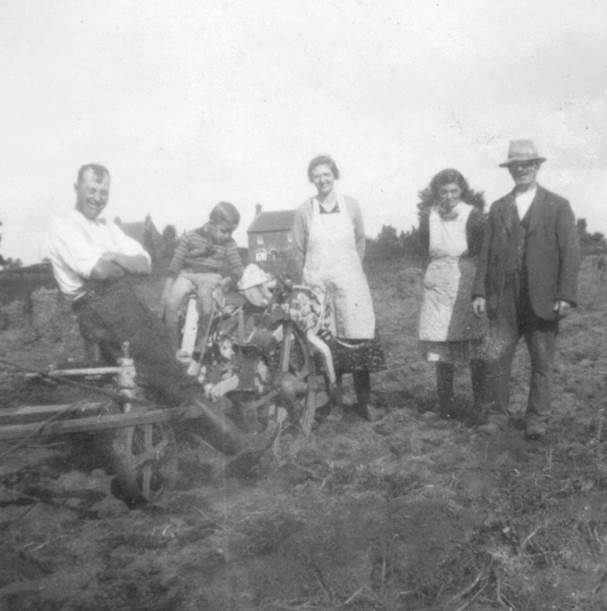 This group of people had been working on Homestead Farm which belonged to the Gye family. But helping out, and posing for the photo there are also members of the Roberts family who lived just opposite on what was then called Cemetery Lane – now known as Drove Lane.

On the left, taking the weight off his feet we have James Gye. The youngster, also sitting on the machine is a Roberts. We think his first name is Bruce. Next we have Elsie Gye. She was James’s wife having been born as Elsie Spiers. Then comes Ruth Roberts and finally we have ‘the boss’. He was William Thomas Gye.

We think this photo dates from about 1940. No doubt the breather was much deserved.