Looking forward to the Jubilee weekend

A recent meeting regarding events for the forthcoming Diamond Jubilee celebrations was very well attended. Our photo of the 1935 Silver Jubilee Committee in Market Lavington shows 19 people.

Amongst items we hope to see or hear are a concert by the Lavington Community Choir, exhibitions of past royal events by us, here at the museum, a disco for 14s and under and a more wide age ranging ‘It’s a Knockout’. The Green Dragon will have bands playing on Friday and Saturday evenings,

On the Sunday there’ll be a ‘Big Lunch’ – more of a big picnic, in and around the Community Hall. We hope to be able to judge children dressed in 1952 style. Here’s a clue in the shape of our curator and his then girlfriend, actually in 1953. That was in Sussex where he lived back then. 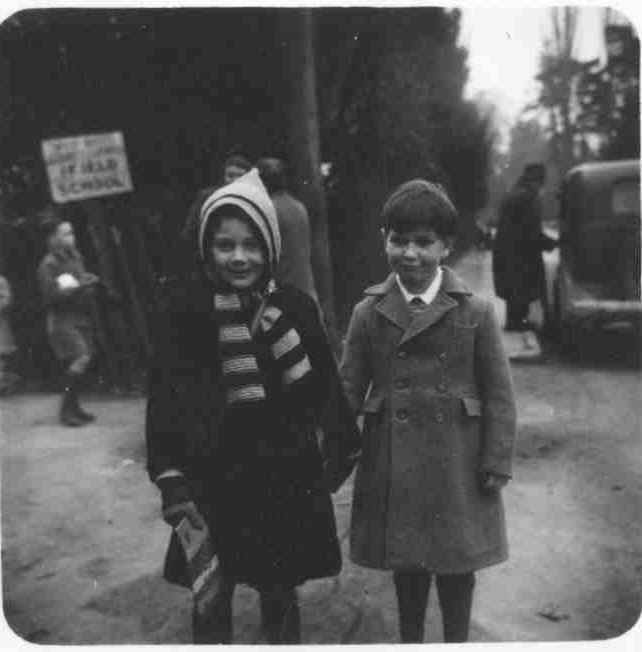 Our curator, Rog, walks his girlfriend home from school in 1953. This gives an idea of what youngsters wore when our queen ascended the throne.

On the Monday Ted will lead a walk which will see the official opening of the new ‘Jubilee Walk’ on Salisbury Plain. That will end with a hog roast at The Green Dragon.

There are many other ideas, and we feel sure that there will also be area street parties fitted in around these events.

Of course, we at Market Lavington Museum hope to get many photos for the museum so that folks in 100 years time can enjoy images like this one of some of the people at the tea party for the 1911 Coronation. 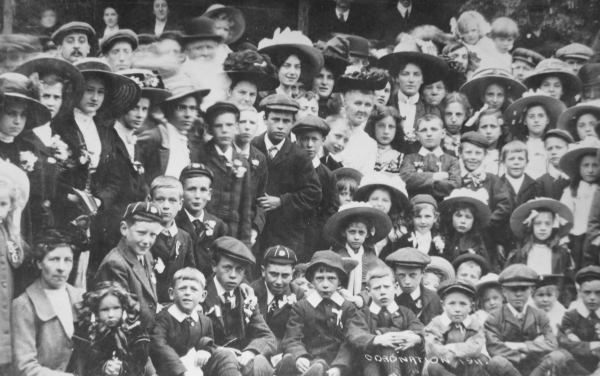 We have just one named person on this photo – Lawrie Pike who was the son of George Pike, the butcher. 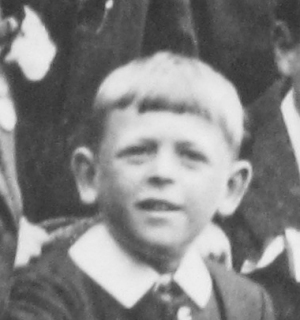