Judge, Sir Thomas Rolls Warrington was the owner of Clyffe Hall in Market Lavington in the early part of the twentieth century. He was elevated to the peerage on his retirement and took the title of Lord Warrington of Clyffe. He left no heirs or successors and so he was the one and only Baron with this title.

We do not know much about what he did in Market Lavington although he was a church goer and employed local people as gardeners and around the house. We are not aware that he got involved in any really active way in village life. But he clearly had friends and this photo shows the noble lord with a young gentleman. 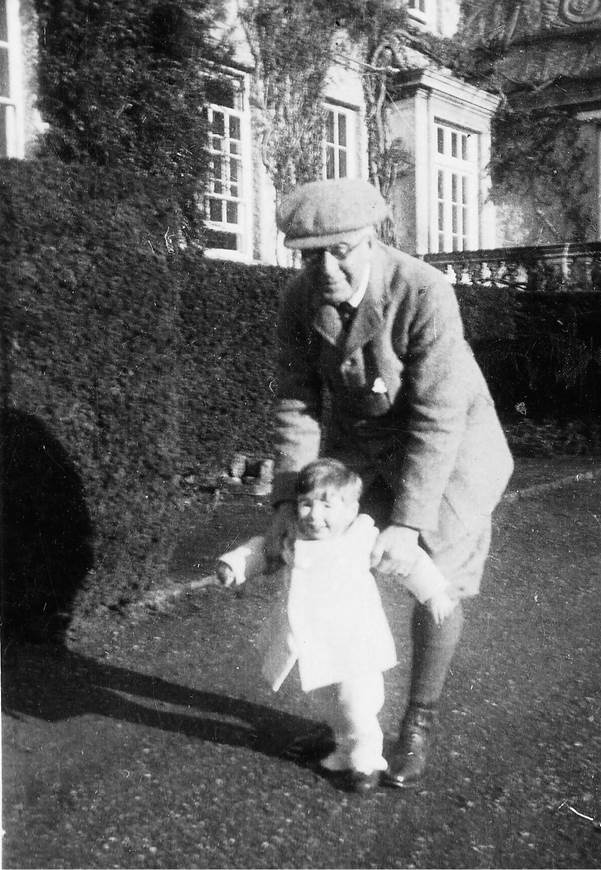 His lordship and the lad are outside Clyffe Hall and we understand the boy is Simon Latham. Web guess the photo dates from the early 1930s. Of course, we’d like to know more about young Simon and his connection with the Warringtons.