The year is 1975 and the shop carrying the name Lucinda looks just a tad careworn. 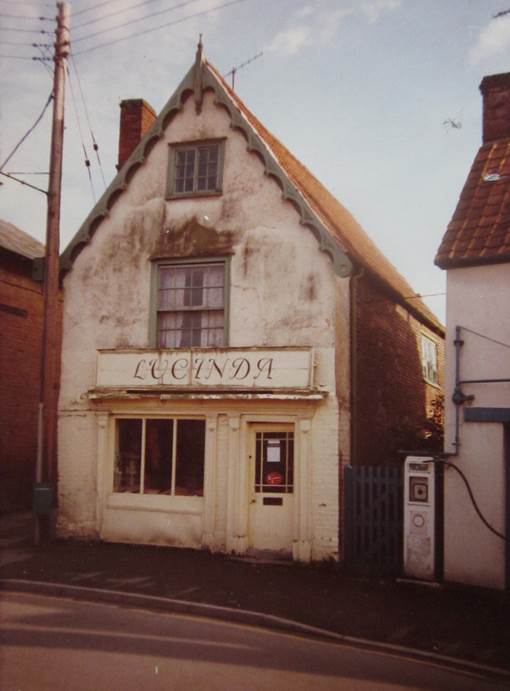 Lucinda is on Church Street and in a previous existence it had been Mr Pike’s butchery. George Pike had taken over the business from Mr Godfrey. 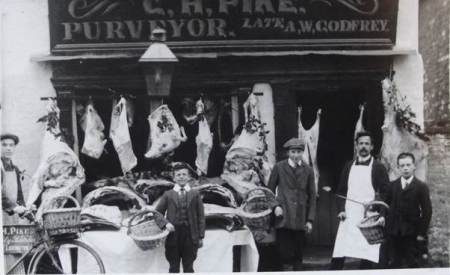 This shop has a long history. This photo shows George Pike and staff in about 1913.

It is interesting to note the petrol pump in the 1975 picture. This was associated with Mr Reid’s garage next door and was surely out of use by 1975.

Lucinda was about to change too. It was extensively rebuilt although it retained that gable end facing the road.

In this later picture, we can see the new brick frontage and see some of the other commercial premises which still existed on Church Street at the end of the 1970s. 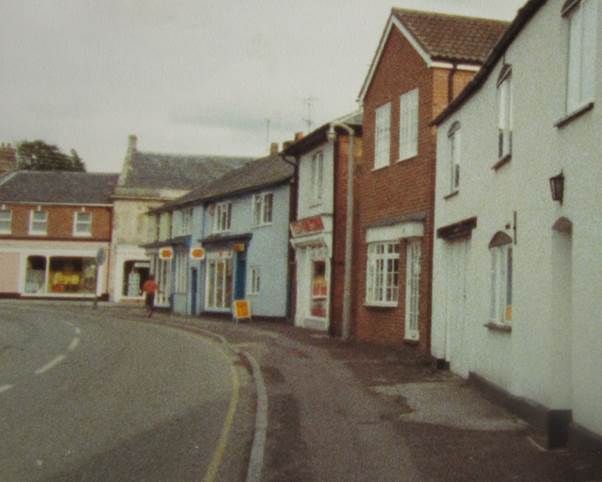 Lucinda rebuilt – a view of Church Street, Market Lavington in the late 1970s

Beyond Lucinda is the Spar shop and in pale blue after that there is Peter Francis’s photographic business. The person on the pavement is just approaching where Saint Arbuck’s is now. This coffee shop is now the only commercial property along the length of Church Street apart from The Drummer Boy pub.