Mabel Baker and her brooch

Mabel was born in Market Lavington back in 1883. Her parents were John and Louisa. John was a whitesmith (working in tin plate) and ironmonger and occupied the former hardware shop which is opposite the co-op. John died in 1903 and Louisa in 1910. Four of the daughters, including Mabel, emigrated to Canada. Mabel went in 1912. We believe this photo of Mabel was taken in England. 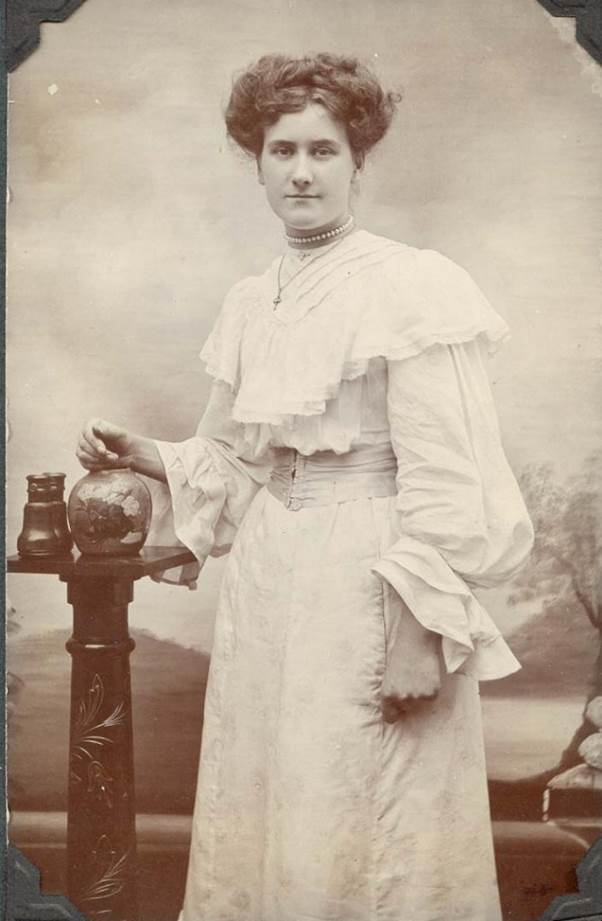 Amongst treasured possessions which Mabel took, there was a brooch. This has made its way back to Market Lavington and is now in the museum. 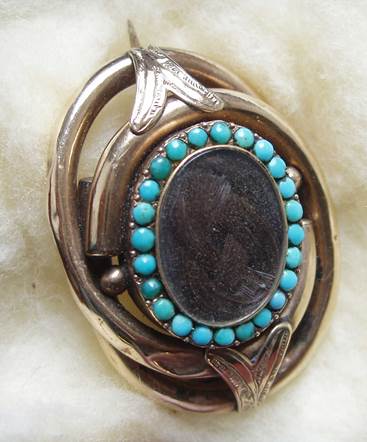 A lucky survivor. Mabel was unable to get a berth on her emigration ship of choice which was Titanic. This brooch has been to Canada and back.

Susan Way, a member of this Baker family wrote the following about Mabel.

Mabel Alice BAKER (b.1883) was the third sister to emigrate to Canada.  She married Arthur Willoughby (b.1886) at St Matthew Church, Winnipeg on 29 Dec 1914. Arthur was in uniform and soon to leave for service in the First World War. Joan Woods (Mabel’s niece) was almost 3 years old when she attended the wedding and remembers the dress she wore.

They adopted James Norquay (b.1933).  Mabel was deeply religious woman and attended an Anglo Catholic Church, St Cuthbert’s by name – a church in Elmwood – a north-east suburb of Winnipeg.  Mabel died in 1943 in Winnipeg due to a blood clot following a successful operation.  Arthur died in 1960 in White Rock, British Colombia.

She was to have sailed to Canada on the ill-fated Titanic in 1912 but the ship was overbooked.