Madame de Lavalette rented Market Lavington Manor House in the early years of the twentieth century. She brought with her her early Mercedes car and her chauffeur who, in the photo, sits in the driver’s seat outside the distinctive brickwork of the manor house. The other man is not known – perhaps a footman. 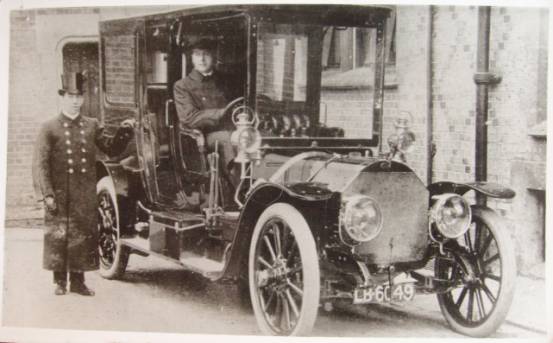 Market Lavington Museum has no information about Madame de Lavalette. The 1901 census shows a couple of people called Lavalette and the 1911 census has half a dozen, but none of them lived in Market Lavington.

If you know anything about this lady who must have brought one of the first cars to the Lavington area then please contact the curator.