One of our displays at Market Lavington Museum for this year is ‘Pond Farm Camp’.

Before the First World War different regiments took summer training camps at Pond Farm, which is in Easterton parish, but approached from the top of Lavington Hill.

Trains brought soldiers to Lavington Station (It had been Patney Station before Lavington opened) and from there they marched through Market Lavington and up onto Lavington Hill. Local photographer, Alf Burgess, recognised that these soldiers could be a source of income and made postcards showing the men. Here is one of his series of men marching up Lavington Hill. 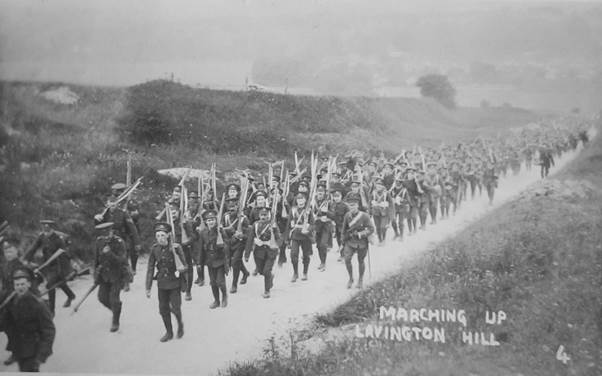 Marching up Lavington Hill in about 1909

This is another of the cards we have that was sent to Alice Hiscock in Winchester. We gave a very brief summary of her life here. 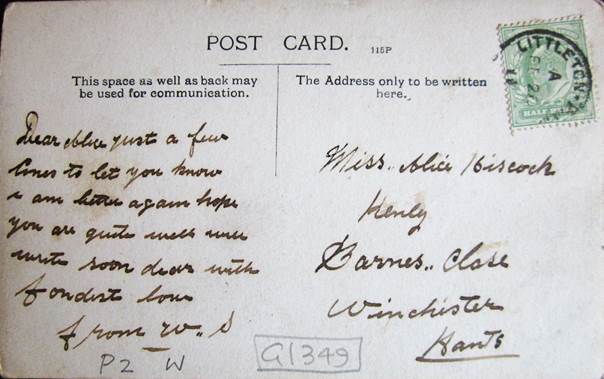 The card was sent to Alice Hiscock, born and raised in Market Lavington

This card carries a Littleton Panell post mark, dated Feb 20th 1911. We do not know who sent the card.

Do visit the museum for a display of photos at the camp – all dating from before World War 1.