How lucky we are to live in this digital age of easy, instant communication. Our curator found a photo in amongst others which hadn’t been accessioned and so there was no information about it, apart from the writing on the back which simply said this.

Who were Uncle Hugh and Uncle Allan and do they really have any connection with Market Lavington?

So who were Uncle Hugh and Uncle Allan? Well first, here they are. 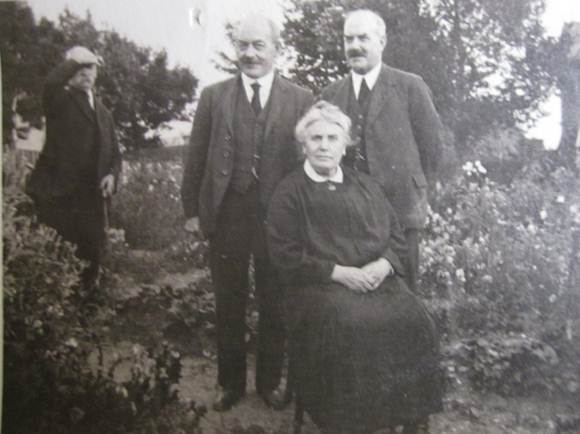 These photos are with those associated with the Burgess family. Yes, there was a Hugh and an Allan in that family – we saw them as little boys yesterday – but if these men are that Hugh and Alan, then they are all playing fancy dress. If this had been Hugh and Allan Burgess, by the age of the men the photo would have been taken in the 1950s or 60s. That just didn’t seem right.

An email sent to the right quarter got an instant response suggesting that the two men might be the Uncle Hugh and Allan of our Burgess Boys. Their mother was Marion Gray by birth, which was in Lanarkshire in Scotland, and she had younger brothers, Hugh and Allan, born in 1871 and 1872. Now that photo could well date from around 1930 so I’ll go along with my correspondent’s suggestion.

But this brings us to Marion who was born in Lanarkshire in about 1860. We do not know how this Scottish lass met Alf Burgess from Wiltshire, but they married, in Wiltshire in 1887 and Marion lived in Market Lavington from then until she died in 1935. But let’s take a look at a much older photo of her – from her Scottish days. Our correspondent has told us more about her early life in Scotland. Thanks Cassy. 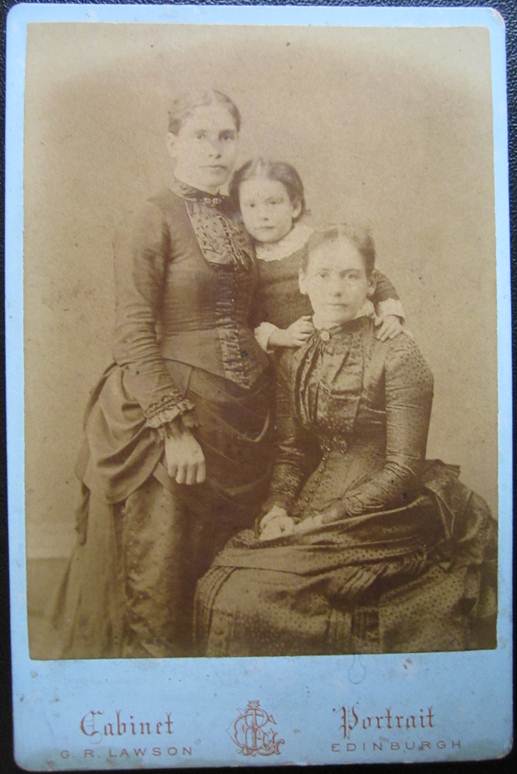 Marion Gray as a youngster in 1876

Marion is the girl seated on the right in what must be a family group. The picture is believed to date from 1876.

There are interesting and helpful websites when it comes to dating old photos. Our favourite is http://www.rogerco.pwp.blueyonder.co.uk/time/time.htm which shows female costumes from years between 1860 and 1952 and also typical backs of photographs by professional photographers.

Our photo has this back. 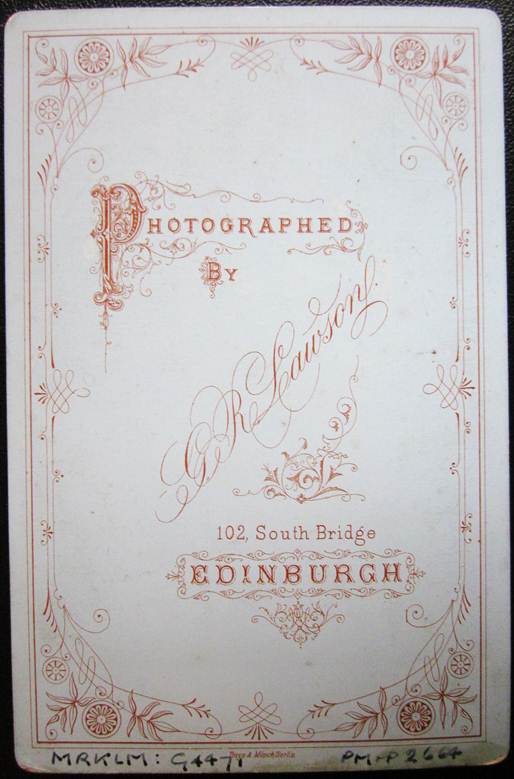 The back oif a studio photo can often help with dating the image.

So, there we have Marion Gray in her younger, teenage days. Maybe our correspondent will name the others in the photo.