In the run up to the 2010 Market lavington Village Fete (On Saturday 12th June, 2.30pm at Clyffe Hall) it seems a good time to look at past celebrations in the parish.

During the inter war years, Market Lavington and Easterton held a carnival week which was often called ‘Hospital Week’. There was no National Health Service and the hospital weeks raised money that was used to allow poorer members of the community to access health care. Then as now, these events were an excuse to have a good time in many and varied ways – and people have always enjoyed dressing up.

A Market Lavington Museum photo shows three village worthies of about 1930, dressed up and ready to set off from Easterton in a carnival procession. 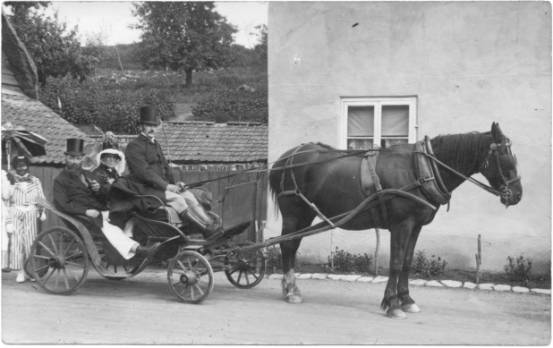 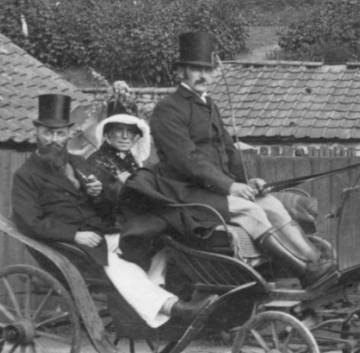 According to information on the back of this photo, the driver, sat up front, is Ted Gye and the male passenger, smoking his pipe, is Jack Welch, The ‘lady’ is actually Alf Burbidge. Alf’s home was the cottage, which is now Market Lavington Museum. He moved there with his wife and elder daughter in 1907 when he became Miss Pleydell Bouverie’s gardener at The Old House. His younger daughter, Flo, was the last child born at the museum building in 1908. Alf and Louisa Burbidge lived at this cottage until the 1950s.

But to return to celebrations, don’t miss the museum stall at this year’s fete where you will be able to guess (or know) what various strange items were used for. We look forward to seeing you.