Market Lavington and Easterton in World War One

This little book has been put together by our curator, Rog Frost.

The book takes a year by year approach to how the war made an impact on our area and themes include ‘Our Boys’, ‘Men from Overseas’, ‘The Home Front’ and ‘After the War’.

The front cover of the book shows a 1916 scene in Market Lavington with Australian troops marching along High Street. 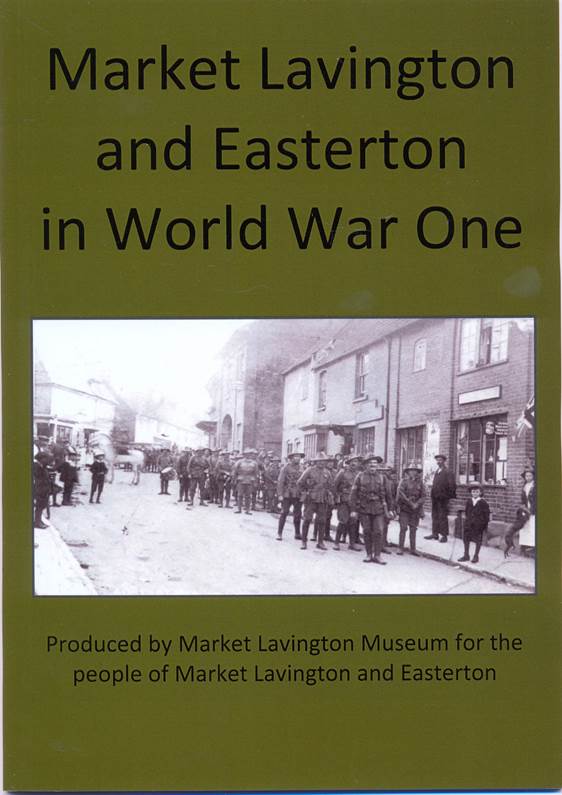 The rear cover provides a summary of the book alongside men of Easterton who were a part of the 1st/4th Wiltshire regiment. 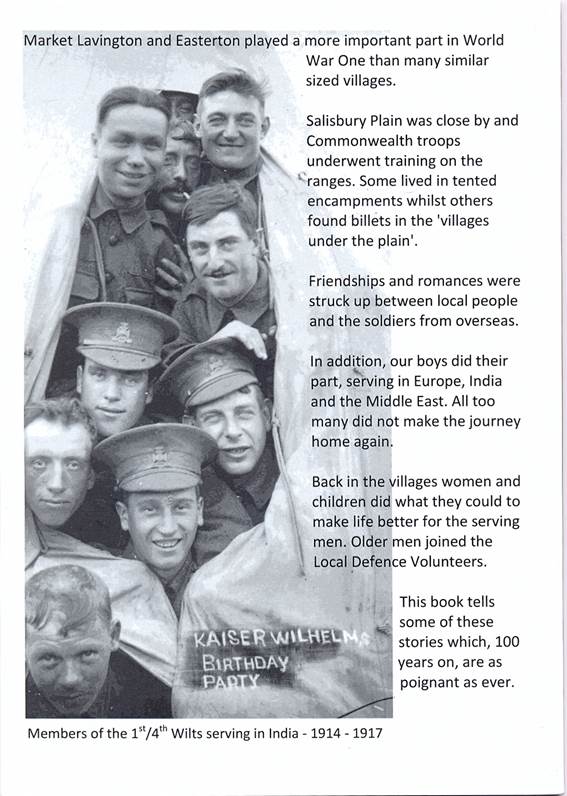 Many of the photos used in the book are black and white, but where appropriate colour has been used as seen in a sample page below which also features Canadian soldiers and their very early armoured cars at Pond Farm Camp. This camp was on Salisbury Plain above Easterton. 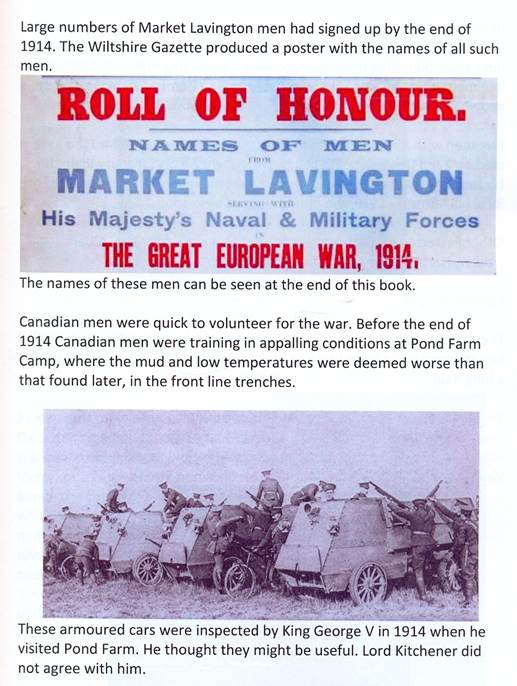 An inside page. Colour was used where appropriate