We have recently been given a photo of the fire brigade. The caption is a model of perfection. But first, the photo. 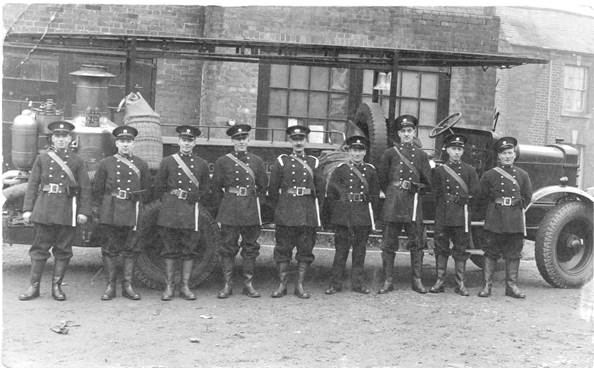 The photograph was taken in the Market Place and shows the men, smartly attired, standing alongside the fire engine, already an appliance of some antiquity. It was Market Lavington’s first motorised fire engine. And now the caption. 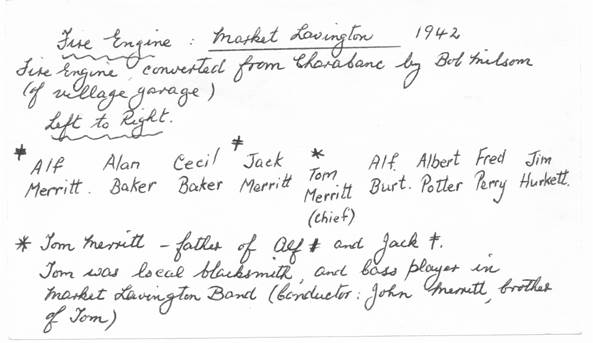 Wonderful information has come with this photo

With that information there isn’t a lot to add. You can read more about Mr Reg Milsom and the fire engine by clicking here.

We can come up with a few biographical details for some of the men.

The chief, Tom Merritt, was born around 1884 so he was approaching 60 when this photo was taken. In 1905 he married Agnes Shore and Alf, their first born arrived the following year.

Allan and Cecil Baker were brothers, sons of George and Eliza. Both were born in the first decade of the 20th century.

Albert Potter was the son of Frank. The Potters had a farm on High Street, near the Green Dragon. Alf was born in about 1909.

It’s a lovely picture and we’d like to thank Diane for giving it to the museum.