Market Lavington’s garage was built on The Spring so was known as ‘The Spring Filling Station’. It was run by E J Haines, sold Esso petrol and had an agency to sell Fiat cars. And here it is. 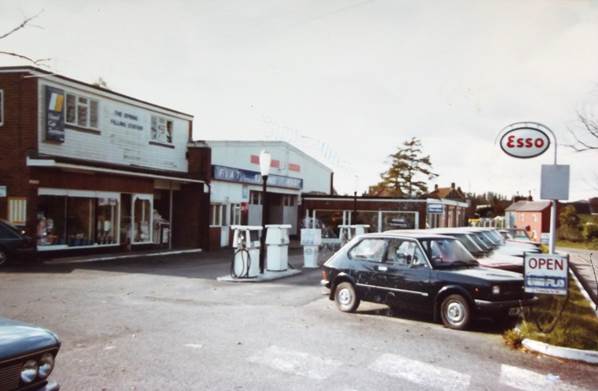 The Spring Filling Station, Market Lavington in the 1970s

We believe the garage opened around 1970 and this photo dates from the late 1970s.

Apart from the garage, we can see Spring Cottages under the Esso sign.

The garage, later, became Shires and had an agency for Seat cars.

By the year 2000 it had gone the way of many a village garage – swept into oblivion. The site is now Shires Close, a small housing estate. Cars can still be admirably serviced and repaired in the Lavingtons, but petrol is not available in the area. ‘You have to go to Tilshead for that’.