For this year we have put a range of different pictures in our military display at Market Lavington Museum. These images cover the time from 1890 to the end of the First World War and feature people from our own local parishes as well as visiting regiments from elsewhere in this country and from overseas.

We’ll feature some of these images from time to time this year.

We’ll start with the Market Lavington Home Defence Reserve – the ‘Dad’s Army’ of World War One. This valiant fighting unit was there to protect Market Lavington from any invading army. Fortunately, there was no invasion of Britain in that Great War so the skills of the men were never put to the test. 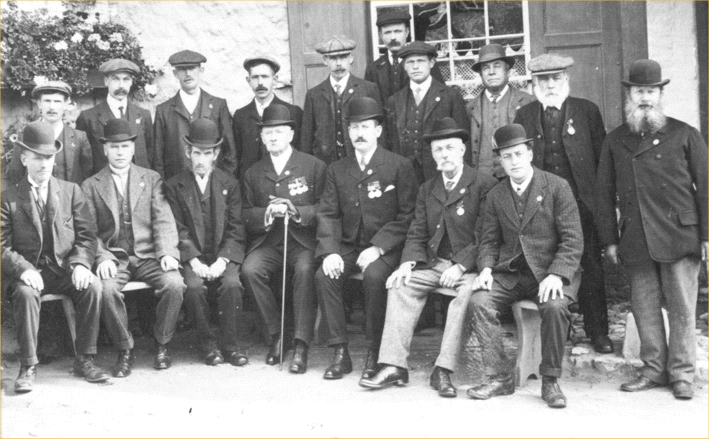 And that probably really was fortunate, for these men, like the Second World Ware ‘Dad’s Army’ we are familiar with from the oft repeated TV comedy, do not look to be in the first flush of youth and fitness.

We are now at a stage where only people in their mid 90s or older  were alive when the first world war finished So it may be a forlorn hope that we find anybody who can name the men on this photo.

A close up of a couple of the men shows a good collection of Boer War medals on display. 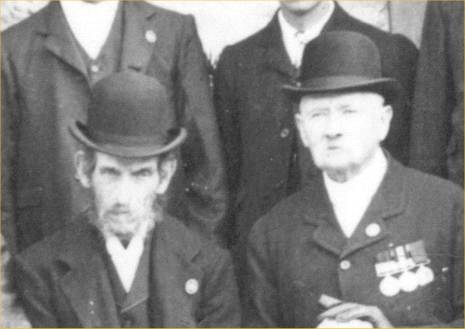 The man on the right, rests on his walking stick. He has a display of Boer War medals