When you move into a village it is easy to think it has been set in stone since time immemorial. The Post office in Market Lavington is on the corner of High Street and Parsonage Lane now, but it has not always been there. It has been in various locations, including The Green Dragon and the corner of The Market Place. But in this photo, taken in 1923, it is more or less opposite its present location. 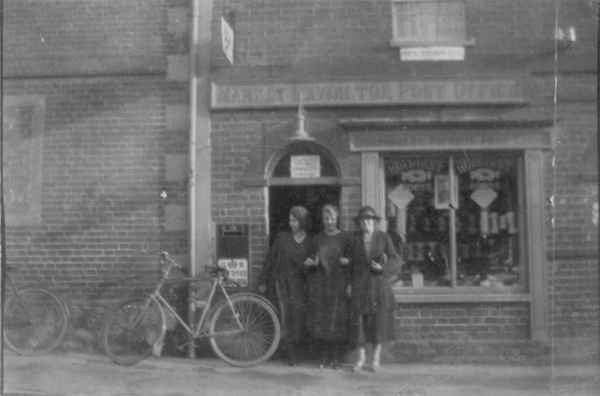 We can see that this was the Georgian era of the 20th century, for the post box carries the G R letters. The giveaway for location is on the left hand edge – a bricked up window is clearly in The Red House.

A period bicycle stands by the shop. This won’t belong to any of the three ladies by the entrance, for the bike is a gent’s cycle. 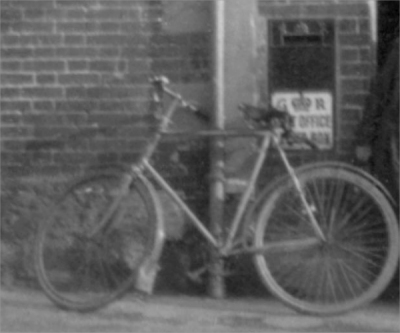 The three young ladies in the photo are Clara Brown, Ella Ross and Mary Smith.

We think Clara was born in about 1904 in West Lavington, the child of George and Emma Brown.

Ella Ross was the daughter of Joseph and Florence Ross. She was born around 1900. Joseph was the gardener at Clyffe Hall and you can read more about the Ross family by clicking here.

Mary Smith – a common name so it is hard to be certain just who she was. She could have been the daughter of John and Anna who lived in the Windmill area of the village.

Any further information about these people would be appreciated.