Much of Britain has had more snow, this winter, than we have come to expect. Market Lavington may well have got away lightly but there was enough to cause school closures and allow the young (and young at heart) to make their way up Lavington Hill for a spot of tobogganing.

But weather has always had a big influence on the lives of people – more so in the past when there was no central heating and no easy communication. Here are some historic photos of Market Lavington snow. 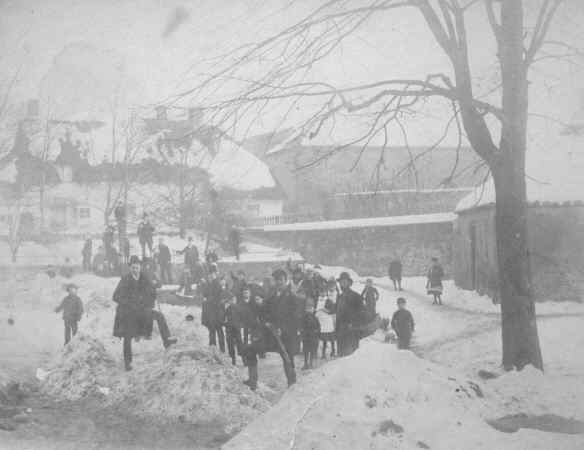 Market Lavington Broadwell after the 1891 snow

This photo dates from 1891 and shows people at Broadwell. This spring was the hub of the village until mains water was piped in during the 1930s for most villages came to Broadwell to collect water. Cottagers with buckets dipped for water as it appeared from out of the ground. Farmers, filling tanks, used the pump which, in this photo has a young lad perched on it. Animals were permitted to drink from just a bit lower down. It was obviously of prime importance to keep the access clear to the water source and clearly some local people have been doing that. I’m sure others have seen the photographer (Mr Burgess) and just want to be in the picture. 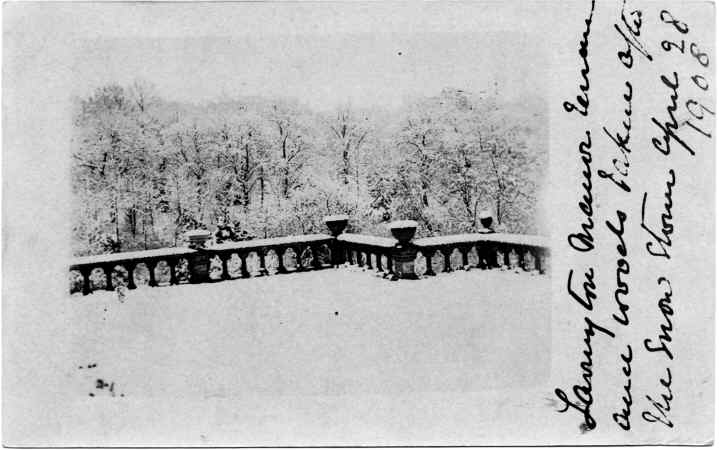 We now move on to 1908 – April 28th to be precise and a view from the Manor. Many people in Market Lavington do not realise that there is a Manor House. It’s of no great age (mid nineteenth century) and was used as the manor House for less than a hundred years. These days it is a part of Dauntsey’s School.

The final photo is of The Spring in 1915. This is the main road out of the village towards West Lavington. In those days it was clearly safe to stand and chat in the middle of the highway. 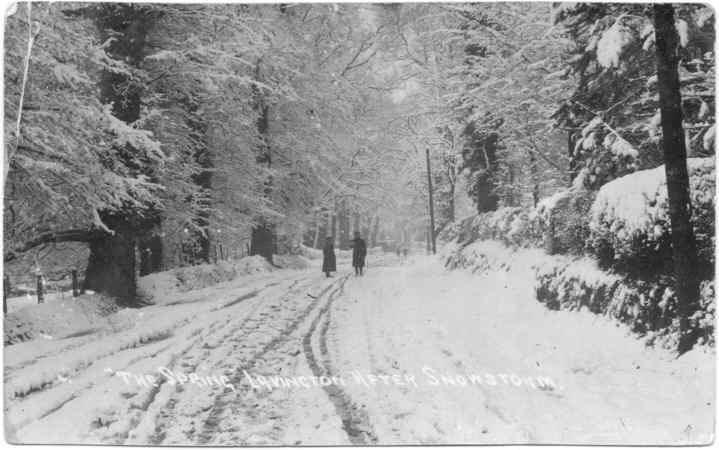 Snow along The Spring, Market Lavington in 1915

If you have interesting Market Lavington or Easterton snow photos (or any others) then do contact us at the museum.