We looked, a couple of days ago, at the fact that money was raised to pay off the turnpike companies which freed the Market Lavington area of road tolls back in 1825. Today we look at those people of Market Lavington who subscribed to the campaign. The note book, compiled by parish council clerk, Smith, lists the names and amounts subscribed (in old money – pounds, shillings and pence) by people in the Lavingtons, the surrounding area and some from further afield.

For those not familiar with our pre-decimal money, a sum like 20.10.6 means twenty pounds, ten shillings and six pence.  Pounds haven’t changed. Ten shillings is the same as 50p and six pence is 2.5p.

The photo shows one double spread from the notebook but all of the Market Lavington subscribers are listed below. 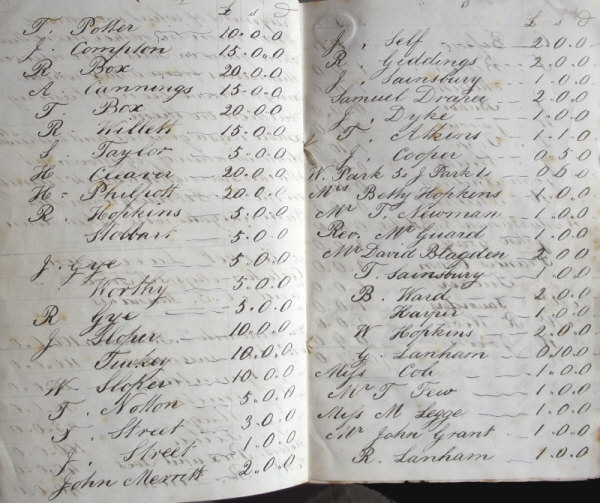 A page from the notebook listing subscribers for the removal of the turnpikes in 1825. The notebook is at Market Lavington Museum