Market Lavington had had a number of houses used by the parson. Once there was a parsonage on Parsonage Lane but this was demolished in the nineteenth century and replaced with numbers 6 and 8 on Parsonage Lane. These days we have the Rectory on Church Street. It had been a Vicarage, but when parishes merged into the present group benefice, it became a Rectory. In between, for the latter part of the nineteenth century and the early years of the twentieth, our local Vicar had the benefit of a delightful, large house. This was set back from the High Street, more or less opposite the Workman’s Hall. Two long term residents were the Reverend Frith and the Reverend Sturton. This building shows their delightful home 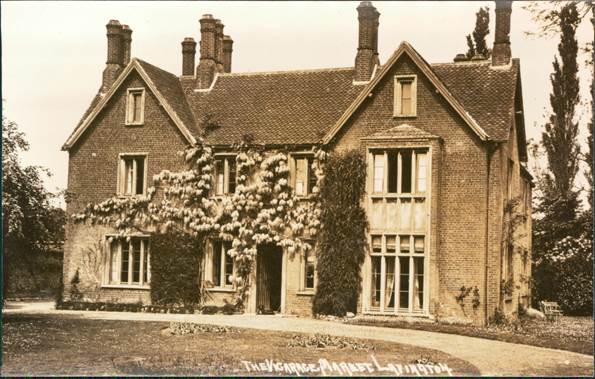 Market Lavington Vicarage from an Edwardian postcard by Mr Burgess

It is still there and still lived in. It is at the heart of the care and nursing home in the village.

This photo was taken in 2006 and shows the old Vicarage, now joined by many modern buildings. 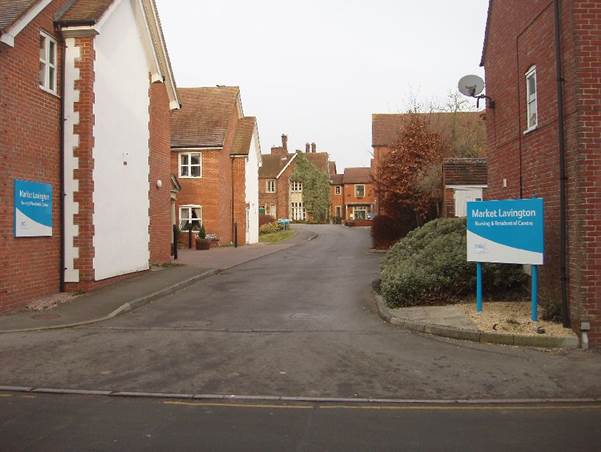 A couple of years ago we took a look at the sale brochure for the vicarage. This brochure was from 1956 and it described something of the interior of the building. You can click here to read it.