We recently looked at  some dictation by little Minnie Smith, the daughter of the pond digger. Today we look at a page of her maths exam from 1904. 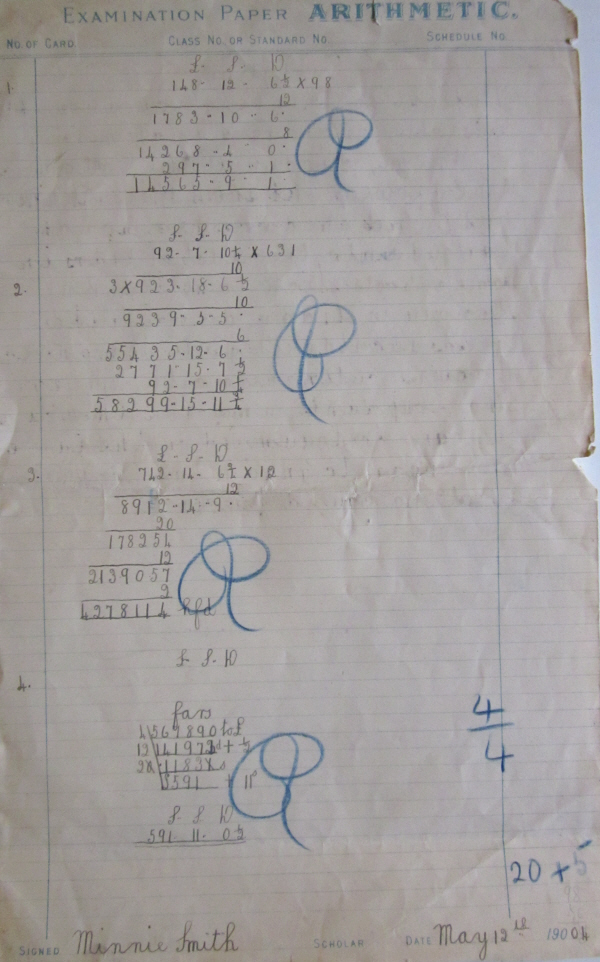 Let’s take one of those questions and see how Minnie approached the task of multiplying ninety two pounds seven and ten pence farthing by 631. Youngsters today will not realise that until 1971 we had to contend with pounds shillings and pence – so much more complex than the decimal currency we use now. And multiplying by 631! Youngsters today would reach for the calculator. 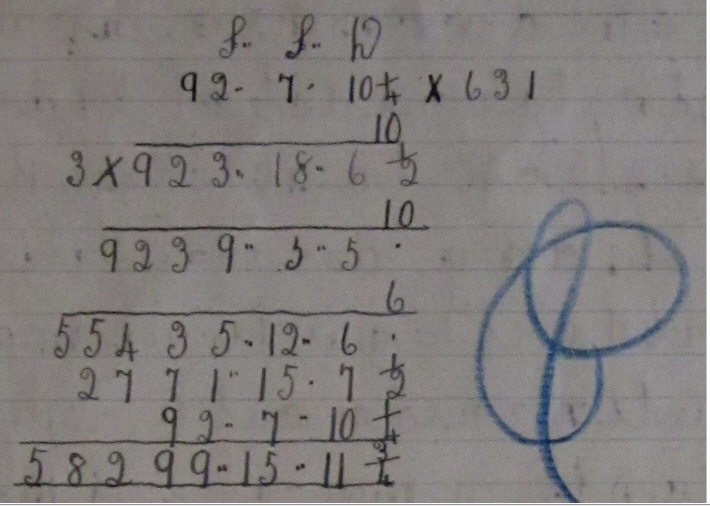 One sum as done by Minnie

Minnie’s niece was Sybil Perry who became a teacher at Market Lavington School. She supplied the following explanation of how Minnie worked.

Thanks for that Sybil.

And well done to Minnie who got those four sums correct.