Amongst the 7000 or so artefacts that we have at Market Lavington Museum, perhaps the most looked at, by visitors, are the photographs. Amongst them is this photo – we think Edwardian – which shows Meadow Cottage on The Spring in the village. 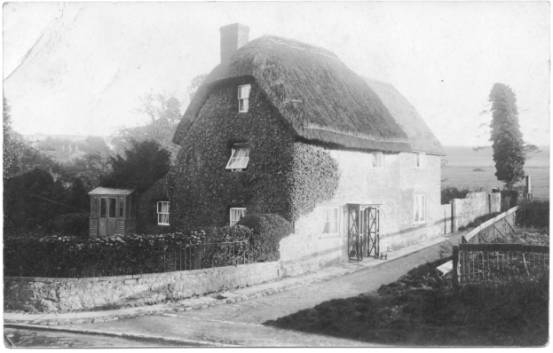 Meadow Cottage, Market Lavington in the early years of the 20th century

Meadow Cottage was the birthplace of the museum founder and former curator, Peggy Gye (née Welch) who, sadly, died earlier this year. It looks idyllic and charming, set along its little lane, which led, amongst other places, to what was then the village recreation ground.

Interestingly, the little summer-house, behind the main building, still exists, but long ago it was moved to another location in the village.

That was then and this, one hundred or so years on is now. 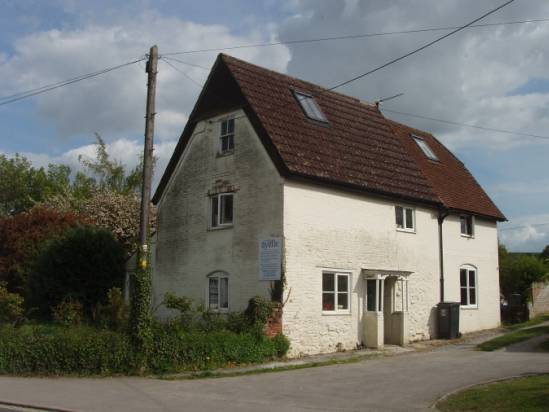 Before commenting on the house, cameras have changed. With a normal camera of today it wasn’t possible to find a spot to get the same wide-angle of the old photograph. So, too, has traffic along the main road. Taking this photo involved risking life and limb from passing traffic. However, the little lane past Meadow Cottage is now no more than a footpath so that could be quieter than in past times.

The cottage is undergoing renovations at the moment, but at the museum, we do not know when the thatch was replaced with tiles, or when the big chimney went. Creepers no longer grow over the end wall, which shows the grime created by passing traffic. No doubt that will be cleaned and painted when building work is completed – it would be silly to do it whilst the house is being considerably altered internally. The little front porch has been modified, but it still has the same delightful roof over it.

Perhaps modern features – wires, poles and wheelie rubbish bins do detract from the rural charm, but Meadow Cottage still does possess that. This is shown in this shot from the Community Hall car park – a viewpoint not available until the twenty-first century. 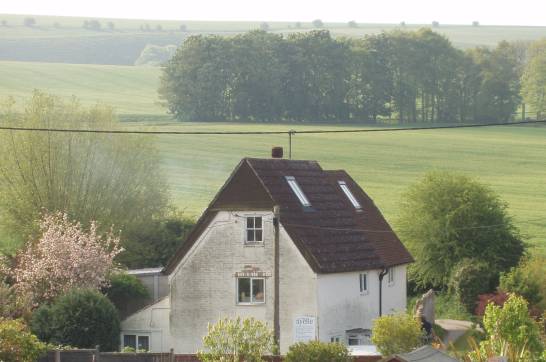 The rural setting of Meadow Cottage