With the harvest over and the soil scratched up, it was no surprise that metal detectorists appeared on the fields above the village. The metal detectorists we find in Market Lavington all seem like good sorts. They record their finds, seek out the help of professional archaeologists and absolutely always have permission to work the fields.

They also have an enthusiasm and dedication which almost beggars belief.

There we see a detectorist at work in rather drab weather slowly patrolling the big fields. Later in the day it drizzled and then rained but our friend continued his patrol. 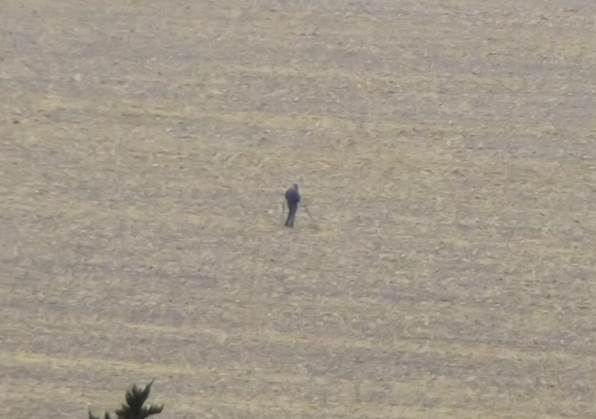 Yes, it is a man with detector and shovel

Our curator wandered out into the field to meet this chap with the hope of photographing any finds. This he did, but he was also given some items.

People have been losing money in these fields for close on 900 years, as evidenced by the finds of the day. 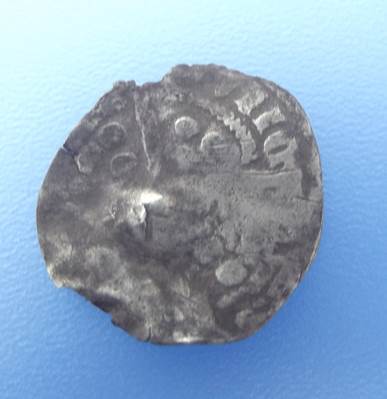 This is a penny. It is made of silver and probably dates from the reign of King Edward II in around 1290.

If you want to know how annoyed the person was who lost that coin just consider that the time taken in earning that penny would have earned today’s labourer some £56. It was significant money.

Lost in the same field, but more than three hundred years later is this rose farthing, probably from the reign of Charles I 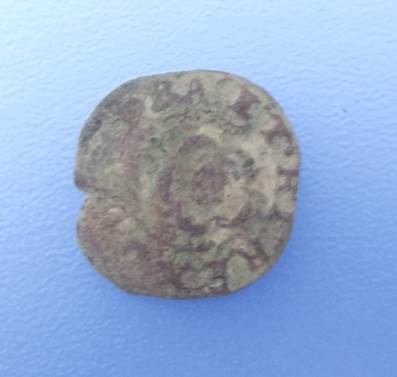 Now we’ll move on to the 20th century where some poor soul lost this 1919 penny. 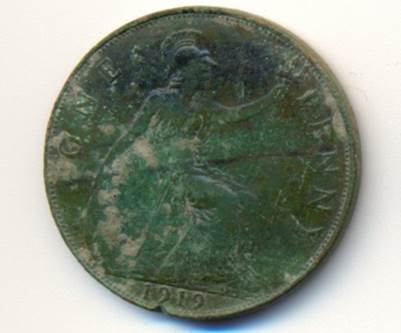 The loss of this was probably more like us losing 50p – assuming the coin was lost when it was quite new. 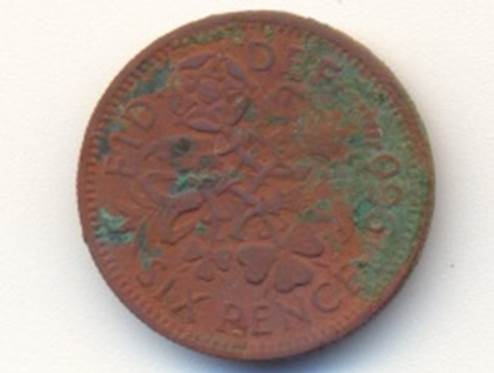 That shows the use of base metals for coinage. The silver coloured sixpence is very tarnished. Inflation has been significant in the last fifty years so even that sixpence loss would be more like losing a one pound coin now.

Our thanks go to ‘Cooky’ of the Trowbridge metal detecting club for his time and for the gift of these and other items.