Market Lavington’s old, three roomed school was too small, and not really fit for purpose. Talking to old villagers can often lead to information about classes being scattered around the village in various different buildings. Back in 1958, for example, which was before what is now the comprehensive school was built, the infants were housed in the village hall and the 7 to 9 year olds in the former Congregational chapel which had originally been the Quaker meeting house.

No doubt things improved in 1962, for then Lavington School opened and that meant the old village school only had pupils up to the age of 11.

But new building in the village made the improvement short lived. By 1968, the school was too small and mobile classrooms were needed. Today we have a photo which captures the arrival of these temporary structures. 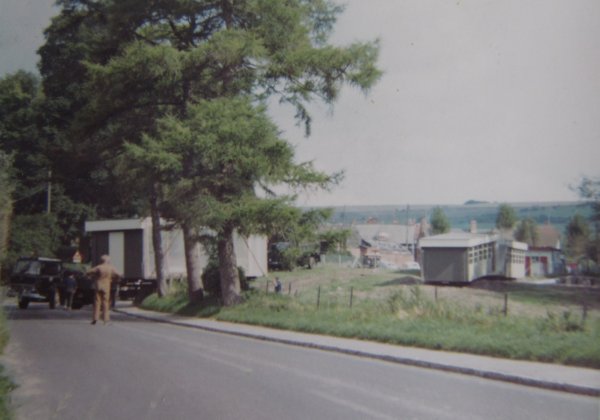 Here we see a lorry reversing half a classroom off ‘The Spring’ and into the site chosen for extra classrooms. Of course, there was no room at the school itself.

The actual location is described as ‘below the filling station’, but that, like the hut just arriving, has long gone. The ESSO sign can be seen beyond the new classroom. 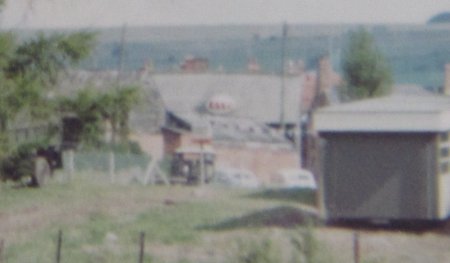 The photo was taken by Mrs Thynne who was, no doubt, intrigued to see this activity near her home.