Modern harvesting in the 1930s

The harvesting of corn crops has changed out of all recognition in the space of a couple of generations. Our curator remembers, in the 1950s, rushing to see combine harvesters at work for mostly the work was done by the older and much more labour intensive binder (reaper/binder to be more accurate). And only a few years before that, the binder would have been a horse drawn machine, working at walking pace.

Today we feature harvesting taking place in the 1930s. The scene looks like a gentle slope on Salisbury Plain but its precise location is not certain. It shows an early tractor hauling the binder. The crop looks to be oats.

What we do know is that Bill Perry is the happy chap on the tractor – no doubt finding even this fairly basic tractor preferable to walking behind the horse. We think this is ‘young Bill Perry’ He lived at The Hollow on White Street. 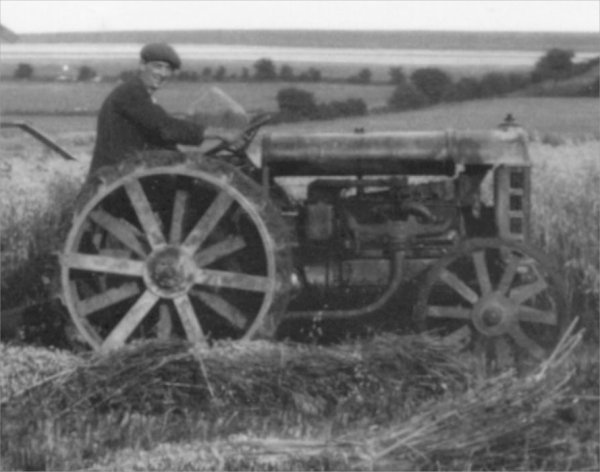 The tractor with Bill Perry driving

Jack Ingram is on that precarious perch on the back of the binder. It was his job to control the cutting height as needed. Jack lived on Parsonage Lane. 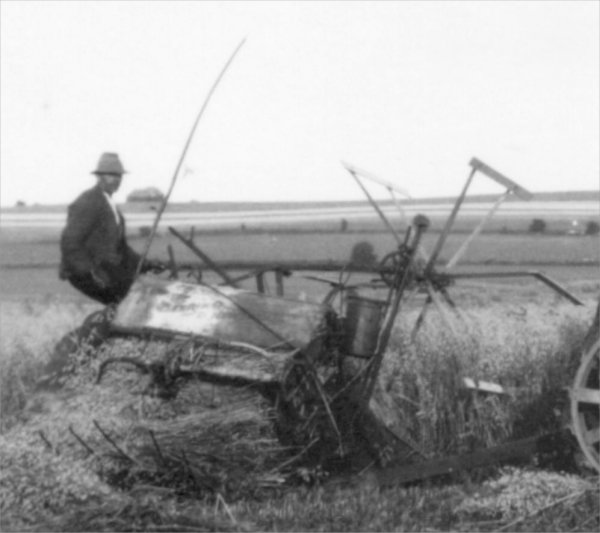 What the picture does not show is the team of people whose job was to pick up the bound sheaves and arrange them in standing groups- a task variously known as stooking up, stocking up or shocking up.

Do you have any pictures of harvesting in the parish? We’d love to have copies.