More from the tollgate removal notebook 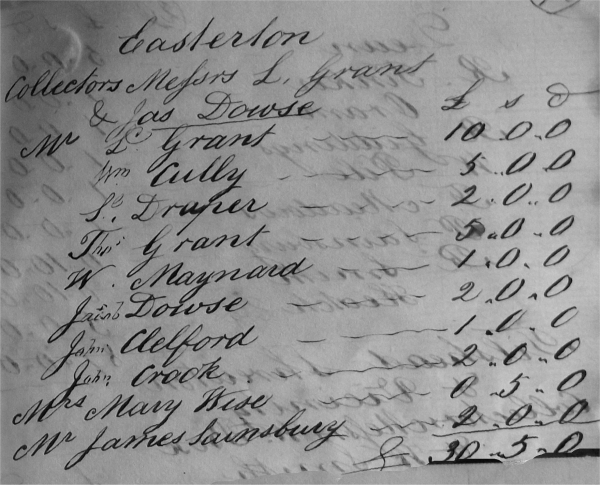 In Easterton we can see that the collectors were Mr L Grant and James Dowse.

The money was collected in 1824/25 and the notebook was compiled by Francis Smith who was the clerk to the council in Market Lavington at the time. The money raised by these Easterton people is equivalent to several thousand pounds at today’s prices.