More on the Market Place

Today we take another look at the Market Place in Market Lavington, before the changes made in about 1960. Maybe, today, we should offer forgiveness to those who destroyed a pretty corner of the village. 1960 was the dawn of the space age and all was thrusting and new. It was time to sweep away the old as the brave new world began. But, happily, it was time to record things first. 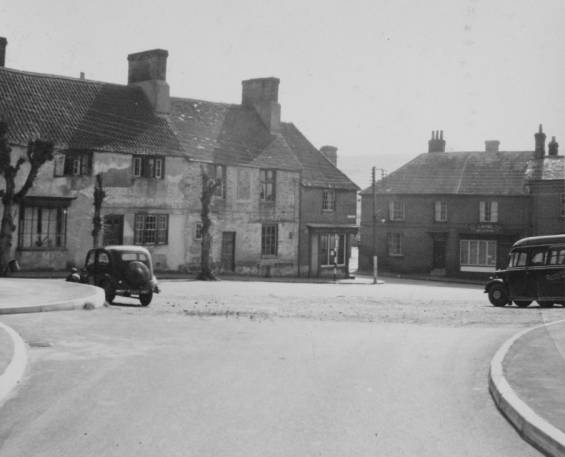 So here we look across the Market Place to the High Street at some time in the 1950s. A similar view now would have few similarities. All of the buildings on the left half of the picture were demolished and largely replaced by a car park for the agricultural engineers. In turn, that scene has gone as Rochelle Court was built providing a scene more like the original. These days, the Market Place would be full of cars, which might block the view of the butcher’s shop on High Street – just about identical still although on its right, behind the bus, the carriage arch into Woodland Yard was demolished. The signs on the butcher’s – hard to read in this photo – tell us that Mr Pike was the butcher. He had once had premises on Church Street and there are still descendants of Mr Pike in the village. 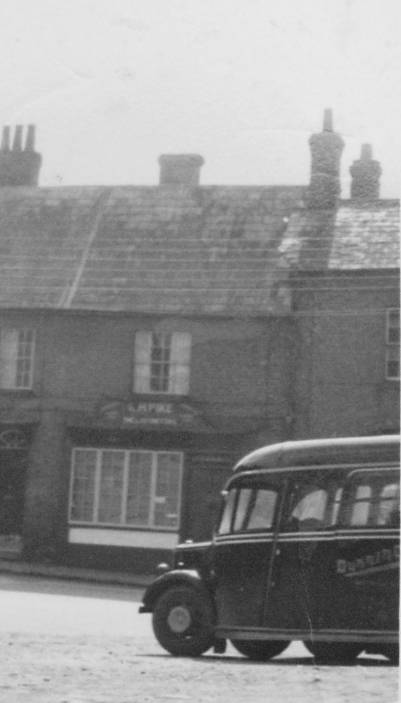 Close up on coach and Mr Pike's butcher's shop

With a zoom in we can read Mr Pike’s name above the butchery window and we can also see that the coach was one belonging to Dunnin? – probably Dunning.

We know nothing of this coach or bus company. Can any reader help?