Build a better mousetrap and the world will beat a path to your door.  (Ralph Waldo Emerson)

Controlling the numbers of unwanted creatures has always been a concern of country folk so no wonder there are mouse traps at Market Lavington Museum. Here we feature a home made ‘humane’ trap from more than 100 years ago. 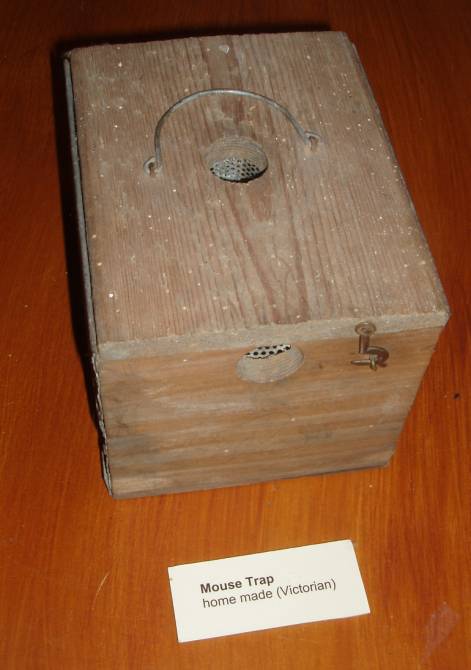 Humane traps catch a mouse alive so that they can be released again into an area where it is deemed the little rodents might do less harm.

This particular trap features an entrance and no doubt an aroma, beloved by mice, could drift out through this from some bait, placed inside. Once inside the galvanized mesh tunnels led the mouse to the bait.

Perhaps a really intelligent mouse could follow its track back out, but the idea was that they would seek the light at the top of the box which was blocked off by the perforated metal.

Later, the setter of the trap could check to see if anything had been caught, and if so he could pick the box up by the little wire handle and carry it to a chosen mouse release spot where the lid could be opened to allow our furry friend (fiend if you prefer) to escape.