Arthur and Emily Phillips were once business people in Market Lavington. The Phillips family ran the hardware/ironmongery business opposite the Coop from the early years of the twentieth century until 1964 when our Arthur and Emily retired.

Both Arthur and Emily (née) Pocock were born in Devizes. They married on 27th October 1920 and lived in Market Lavington for the next fifty years.

Our information comes from a local news report on their Golden Wedding anniversary published on 23rd October 1970. 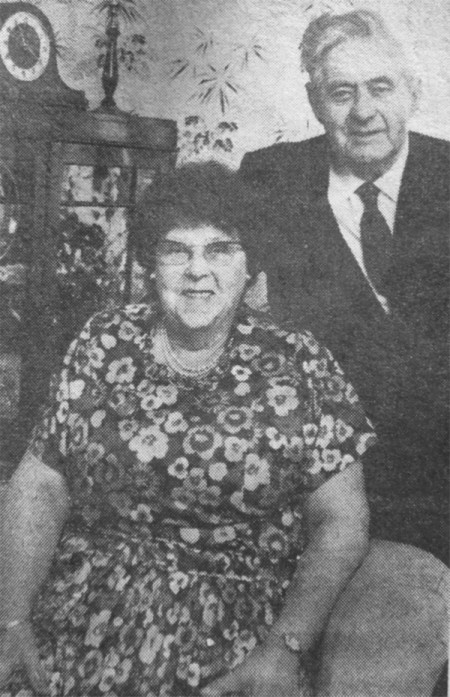 Arthur and Emily Phillips of Market Lavington, from a news cutting

The picture, we think, answers a question we asked back on Easter Sunday 2012 – who was the organist in the church in that photo? It would seem it was Arthur Phillips.

The news article gives some brief information about their lives. 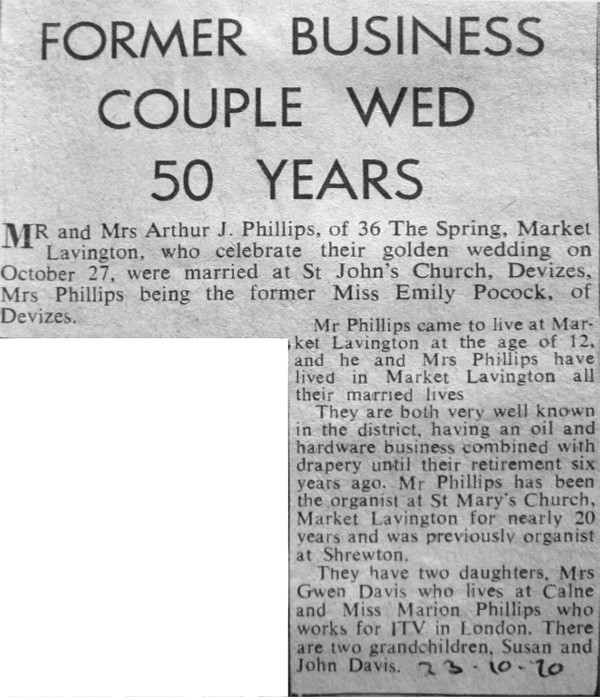 The article with the picture

A second article gives a little more – explaining that the Phillips family spent a year in Canada before returning and taking on the Market Lavington business. We learn that Emily’s father was a saddler in Devizes.

A second article about Arthur and Emily Phillips

Arthur finished his schooling at Market Lavington and served in different regiments during the First World War. He took over the ironmongery business from his father when he was demobbed.

Sadly, we discover their only son was killed in an accident, but the couple had two daughters and grandchildren at the time of their golden wedding.

We are also told that Mr Phillips was, indeed, the church organist at Market Lavington for twenty years.

From other sources we know that Arthur died in 1973 and Emily in 1976. They had been living at The Spring in Market Lavington.