George Edward Crassweller was not a Wiltshire man by birth. He hailed from the Hayling Island area of Hampshire where he was born in about 1856. His father, John, was a fisherman.

Unfortunately, the name Crassweller proves hard to find on censuses. Perhaps this is not surprising because actual spelling and then transcription is very variable.

But we know that George married a Market Lavington Girl, Hannah Potter, in 1886. The marriage took place in London. We can find the couple in London on the 1901 census. They lived at 48 Belgrave Mews East. George was a coachman. Their daughter, 11 year old Eleanor had been born in Market Lavington in 1889.

In 1911, George and Hannah were in Market Lavington. They were listed as visitors, staying with Hannah’s mother, 91 year old Martha. She lived, as she had for much of her adult life, on Church Street, Market Lavington. The 1911 census is sometime known as the fertility census. It tells us that George and Hannah had been married for 24 years and had produced just the one child – Eleanor.

In 1925, George and Hannah were at Spin Hill, Market Lavington according to the electoral roll. This would have been at Anne’s Farm and it is here that we see George involved in logging activities in the 1940s. 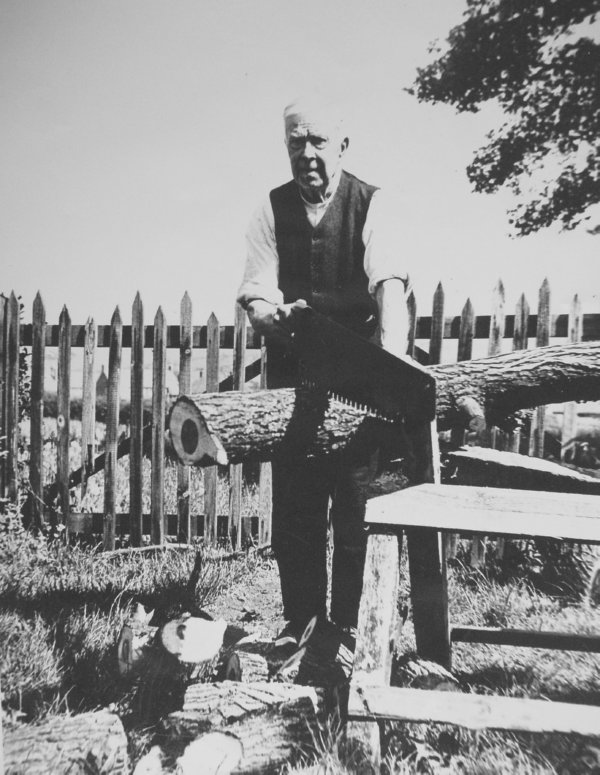 Hannah died in 1952 and George in 1953. They were both into their 90s and both are buried in Market Lavington churchyard.