St Barnabas School opened on this day in 1971 – 40 years ago today. It is celebrating this anniversary with a display of memorabilia, at the school, this afternoon. Amongst items lent, by Market Lavington Museum, for this occasion is a piece of pupil’s work from 1988. This includes a report of a talk by Mrs Cooper who worked at both the old Market Lavington School as well as at the new school. Please forgive lapses in Grammar and spelling by a 10/11 year old who we know, like many of his classmates, now has a degree and a successful career. 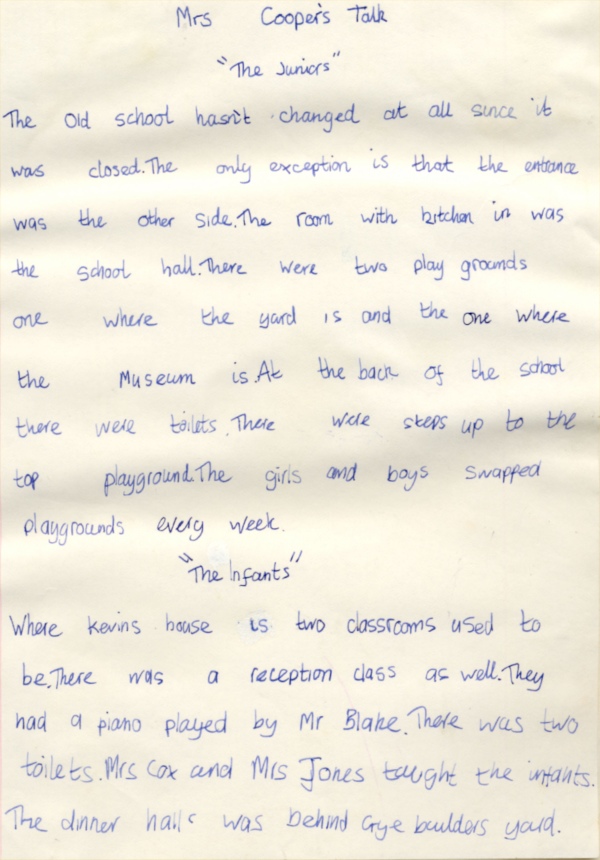 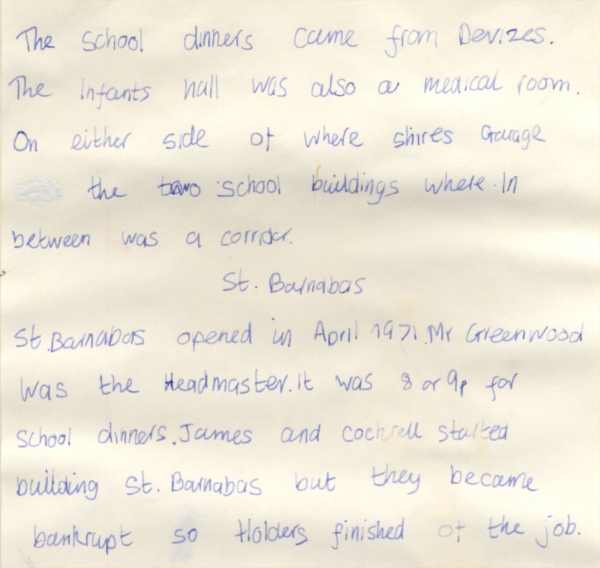 Some parts of the writing need further explanation. The old school of Market Lavington had outgrown the original Victorian building and so other spaces were found elsewhere. ‘Kevin’s House’ mentioned in the writing, is in the area next to Shires Close and that replaced Shire’s Garage which also gets a mention. So, too, does Gye’s builder’s yard which is now Gye’s Old Yard.

It wasn’t only the old Market Lavington School which closed when St Barnabas opened. Easterton, too, had its own village school and that closed too. That school quickly vanished and bungalows were built near Easterton Church where it used to stand.