In October 1901 Mrs Gye received the following bill from A M Walton. It appears to be for clothing bought in May and June. 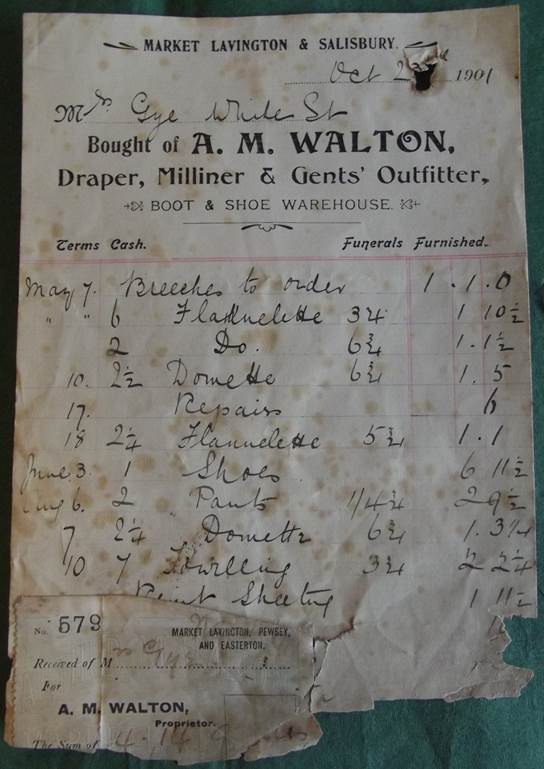 The first thing to comment on is the difference in credit arrangements. Arthur Walton had to have a lot of trust, for he carried the risk, having supplied goods in May and June and didn’t receive payment until the end of October. Then he received the sum of £4-14-9 (about £4.74 in present money) but that would now be worth at least £422 in present terms. And this was just the bill for one customer.

We think most of what Mrs Gye bought was material – flannelette, towelling and domette certainly are different styles of cloth. But she also purchased breeches, pants and shoes.

Mr Walton, who certainly had shops at Market Lavington, Easterton and Pewsey, was quite a substantial shopkeeper and in Market Lavington his premises were adjacent to Mrs Gye’s home, and also on the opposite side of White Street. His was the shop which once used a cash railway – those overhead wire systems that now, sadly, have gone out of use.

These old bills provide a fascinating insight into past ways of life.