The Mrs Phillips in question here was born Eleanor Crassweller in Market Lavington back in 1889. Her father was George and her mother was a part of the Potter family in the village. We can’t trace much of her early life. In 1901 she was with her parents who were then Londoners. In 1911 her parents were visiting Market Lavington but Eleanor, now in her 20s, was working as a lady’s maid in central London.

We do not know when Eleanor returned to Market Lavington but in 1919 she married locally. Her husband was Fred Phillips. We don’t think the Phillips lived in Market Lavington at the time of the 1926 electoral roll. But we do know that fairly soon after, the Phillips lived on Spin Hill and that Fred ran a chicken farm at the top of Northbrook until his early death in 1934.

Eleanor’s one son, Edward, had been born in 1931. He lived only three days.

This photo was taken in the garden there. 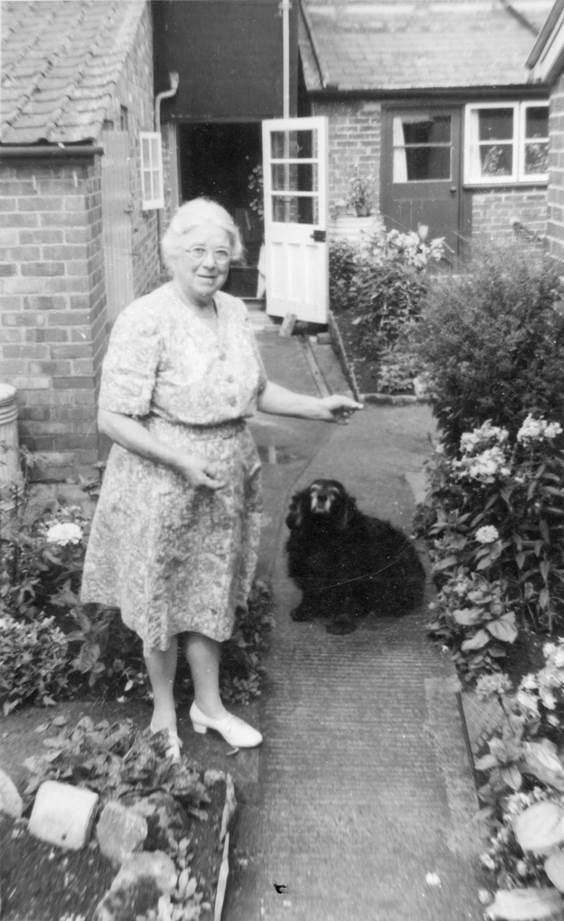 Eleanor Phillips and her dog Sally in their garden at Church Street, Market Lavington

There’s Eleanor with her dog, Sally. Our photo is captioned with the message, ‘Mrs Phillips took a prominent part in village life for many years’.

Eleanor died in 1975. She joined husband and baby son in St Mary’s churchyard.